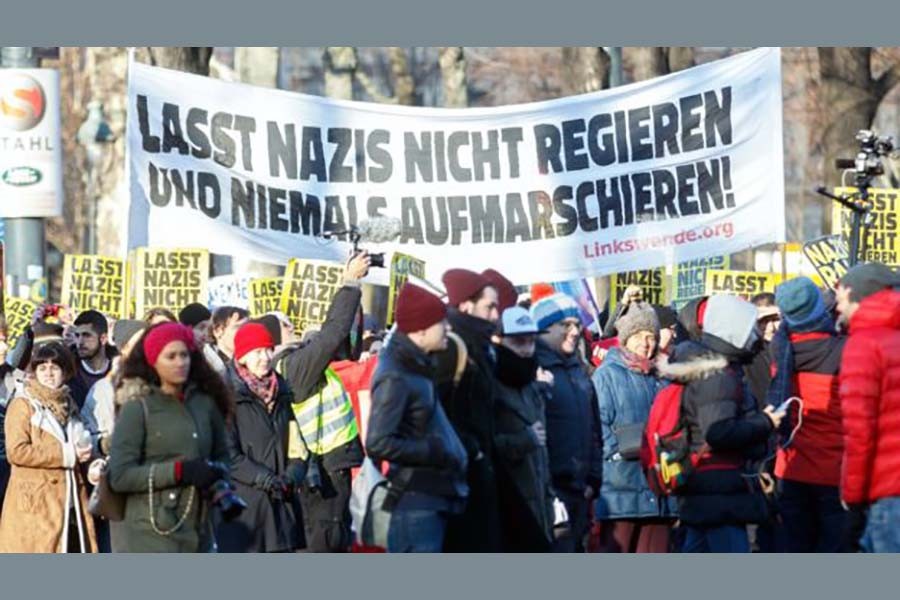 Thousands of protesters rallied in central Vienna against Austria's new coalition government of conservatives and far right, during its swearing-in.

Among the banners were ones saying "Don't let the Nazis govern".

The Freedom Party (FPÖ) - the junior partner - is the only far-right party to get into power in the EU.

The FPÖ and People's Party (ÖVP) plan to implement stricter rules for asylum seekers, after immigration proved a major concern for Austrian voters.

As per a BBC report, the coalition says Austria will stay in the EU.

There was a heavy police presence outside the Hofburg Palace during the swearing-in.

About 6,000 people demonstrated against the new coalition, the BBC's Bethany Bell reports.

The FPÖ was founded by former Nazis in the 1950s, but today it denies any connection with Nazi ideology.

The FPÖ has received some key posts in the coalition, taking charge of interior and defence, and being allowed to choose the new foreign minister.

The FPÖ has a co-operation agreement with the ruling United Russia party of Russian President Vladimir Putin and the FPÖ says it wants to get the EU sanctions on Russia eased.

The new foreign minister, Karin Kneissl, is a Middle East expert who speaks Arabic and Hebrew.

She has accused German Chancellor Angela Merkel of "negligence" by allowing in record numbers of migrants.

Controversially she also said the turmoil in the Arab world was partly caused by young unemployed men "who cannot find a woman today" because of their low status.