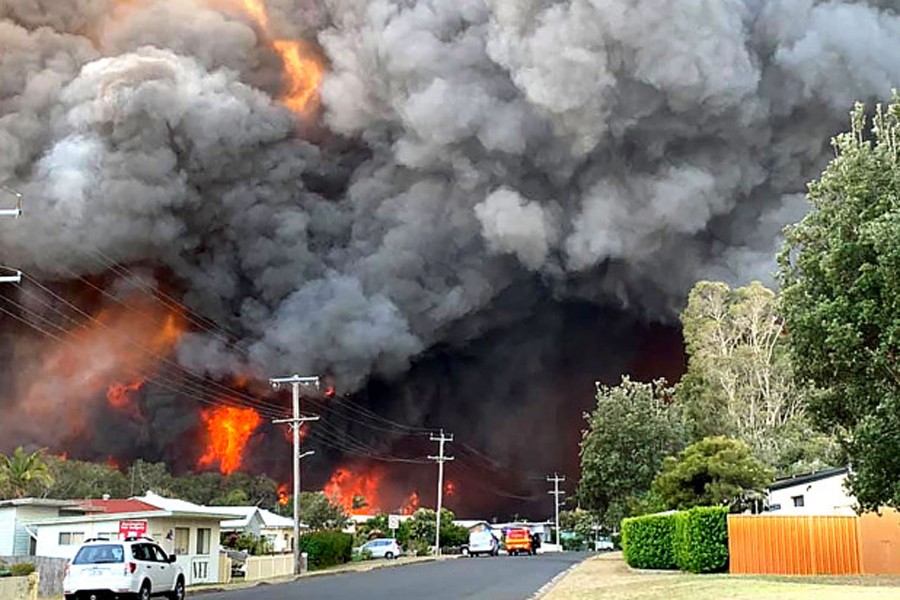 MELBOURNE, Nov 10 (Reuters): Australian firefighters raced on Sunday to contain widespread bushfires that have left three people dead, and braced for worse conditions in coming days as they warned the blazes will stretch their ability to protect people.

More than 70 fires were burning across New South Wales, the country’s most populous state, and extreme or severe conditions are predicted for many areas on Tuesday, including the city of Sydney, the Rural Fire Service said.

“With so many fires already burning, homes and lives will be at risk,” the fire service said on Twitter.

“If you are threatened by fire, you may not get help.”

Three people have died in New South Wales since Friday, when a record number of emergency-level fires were declared in the state, and at least 150 homes have been destroyed [nL3N27P006].

Five people were listed by authorities as missing on Saturday afternoon, but local media said Sunday they had now been accounted for.