Australia to cull thousands of camels for water crisis 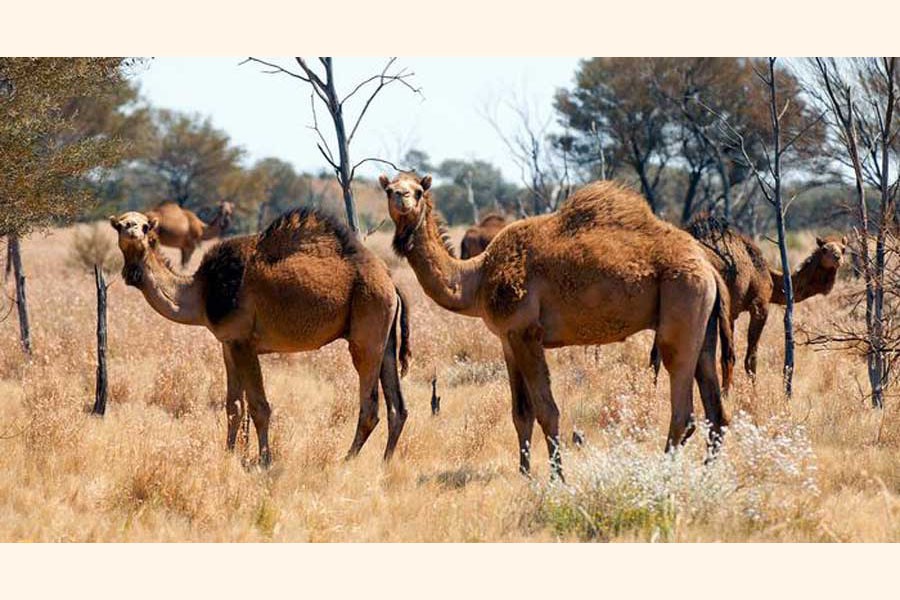 Thousands of camels in South Australia will be shot dead from helicopters as a result of extreme heat and drought, reports BBC.

A five-day cull started on Wednesday, as Aboriginal communities in the region have reported large groups of camels damaging towns and buildings.

"They are roaming the streets looking for water. We are worried about the safety of the young children", says Marita Baker, who lives in the community of Kanypi.

Some feral horses will also be killed.

The marksmen who will shoot the animals come from Australia's department for environment and water.

Hot and dry conditions have led to huge bush fires across Australia in the last few months, but the country's drought has lasted for years. The camel cull is not directly linked to the fires crisis.

The slaughter will take place in the area of Anangu Pitjantjatjara Yankunytjatjara (APY) - a sparsely-populated part of South Australia which is home to a number of indigenous groups.

"There is extreme pressure on remote Aboirignal communities in the APY lands and their pastoral [livestock] operations as the camels search for water," says APY's general manager Richard King in a statement.

"Given ongoing dry conditions and the large camel congregations threatening all of the main APY communities and infrastructure, immediate camel control is needed," he adds.

"We have been stuck in stinking hot and uncomfortable conditions, feeling unwell, because all the camels are coming in and knocking down fences, getting in around the houses and trying to get water through air-conditioners," says APY Executive Board Member Marita Baker.

Camels aren't native to Australia - they were brought over by British settlers from India, Afghanistan and the Middle East in the 19th century.

Estimates of numbers of camels vary but there are thought to be hundreds of thousands of them across the central parts of the country.