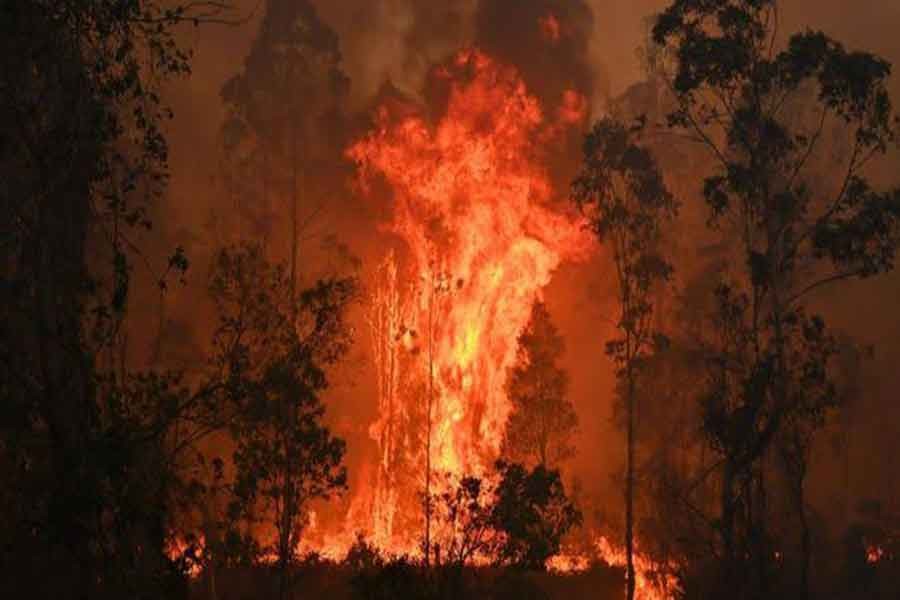 At least three people are dead and thousands have been displaced by a weekend of bushfires in Australia, reports BBC.

On Sunday, the fire emergency’s third day, more than 100 blazes were still burning across New South Wales and Queensland.

Prime Minister Scott Morrison said the military could be called upon to support the 1,300 firefighters working in the two states.

Hundreds of civilians have also volunteered to help in affected areas.

“My only thoughts are with those who have lost their lives and their families,” Mr Morrison added.

Officials warn that extreme weather conditions could fuel more fires in the week, including near Sydney.

In Queensland, thousands of people spent the night in evacuation centres while officials assessed whether it was safe for them to return home.

Fire officials in NSW have confirmed that more than 150 homes have been destroyed.

Although cooler weather on Saturday night provided some reprieve, it is feared that high temperatures, low humidity and strong winds forecast from the middle of the week will fuel further fires that officials will be unable to contain.

Officials say they are likely to issue extreme fire warnings for large swathes of the NSW coast on Tuesday, with areas around Sydney thought to be particularly at risk.