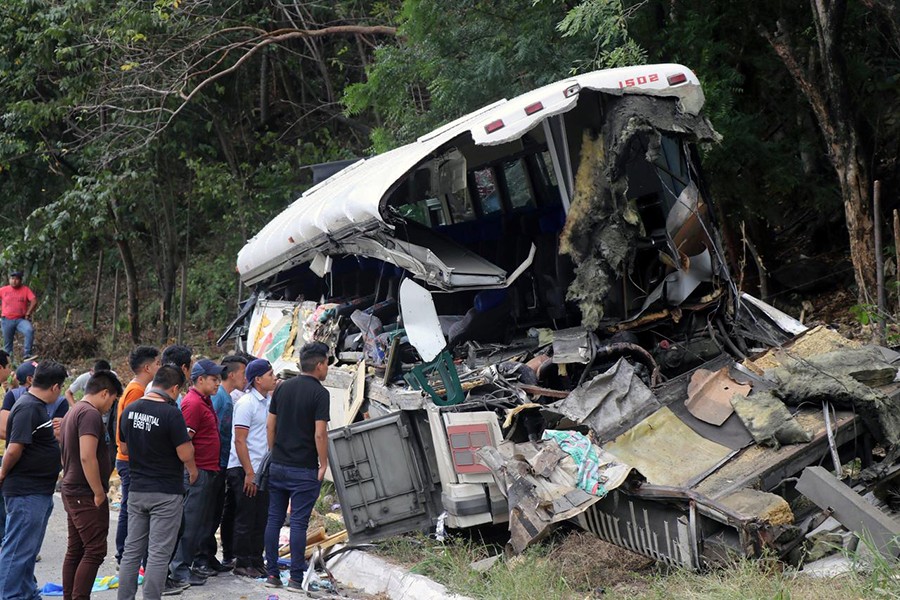 People are pictured on the scene of a collision between a passenger bus and a trailer truck early on Saturday in Gualan, near Guatemala's Atlantic coast, Guatemala on December 21, 2019 — Reuters photo

A collision between a passenger bus and a trailer truck in eastern Guatemala early on Saturday killed at least 20 people, including a seven-year-old boy, doctors and firefighters said.

The accident took place near the town of Gualan, near Guatemala’s Atlantic coast, as the Pullman passenger bus was traveling to the city of Santa Elena, near the border with Mexico.

It was not immediately clear what caused the crash.