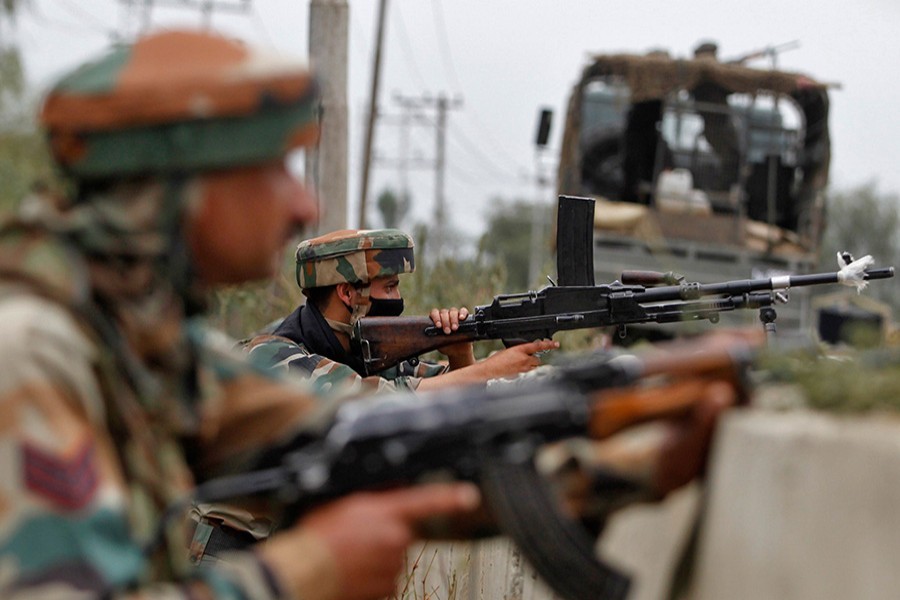 At least four people including three suspected rebels and a woman were killed in a gunbattle between anti-India rebels and government forces in Kashmir on Thursday, officials said.

The gunfight erupted shortly after scores of counterinsurgency police and soldiers launched an operation based on a tip about the presence of militants in a Srinagar neighborhood, Pankaj Singh, an Indian paramilitary spokesman, said, reports AP.

He said a local woman aged about 45 was also killed in the exchange of gunfire.

There were no other details immediately available about the civilian’s killing.

As the fighting raged, many residents marched near the site in solidarity with the rebels and chanted slogans seeking an end to Indian rule over the region. Government forces fired shotgun pellets and tear gas at the stone-throwing protesters.

No casualties were immediately reported in the clashes.

India and Pakistan claim the divided territory of Kashmir in its entirety. Most Muslim Kashmiris support the rebel cause that the territory be united either under Pakistani rule or as an independent country.

Armed rebels have fought Indian rule since 1989, which New Delhi calls Pakistan-sponsored terrorism. Pakistan denies the charge, and most Kashmiris call it a legitimate freedom struggle.

Tens of thousands of civilians, rebels and government forces have been killed in the conflict.

15 die in stampede near Pakistan consulate in Afghanistan

India to hand back Chinese soldier who strayed across LAC

Half of Indians may catch coronavirus by February

Tens of thousands rally in Karachi against Imran Khan

Bangladesh comes into US focus on South Asia: SCMP

China warns of detaining US citizens over prosecution of Chinese scholars

Protesters take over Bangkok streets in new show of defiance