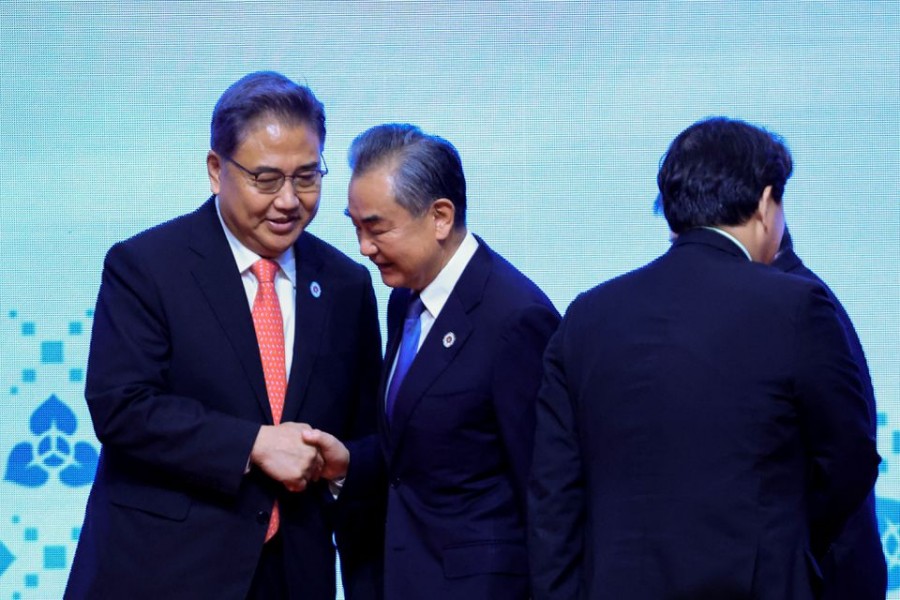 The foreign ministers of South Korea and China will hold talks on Tuesday as Seoul explores ways to reopen denuclearisation negotiations with North Korea and resume cultural exports to China.

Park said he will propose joint action plans to strengthen the relationship, which marks its 30th anniversary this year, reinforce strategic communication and discuss the issues of denuclearising North Korea and stabilising global supply chains.

The Yoon administration has been seeking to curb North Korea's weapons tests and bring it back to denuclearisation talks, which have stalled since 2019.

Also high on the agenda is boosting cultural and people-to-people exchanges as well as restarting K-pop exports, which have been effectively banned amid tension over the THAAD US missile defence system stationed in South Korea, Park said.

"I would like to discuss ways to promote communication and exchanges between the younger generations who will carry the future of both countries," Park said on Twitter.

"Considering the global popularity of the Korean wave, I will discuss ways to widely introduce K-pop and cultural content including movies, dramas and games to China."

The talks come amid intensifying Sino-US rivalry, and Park is also expected to reassure Beijing about bilateral ties despite stronger ties with Washington and tensions over Taiwan.

Park said before leaving for China on Monday that South Korea's position of respecting one China remains unchanged, but maintaining peace and stability in the Taiwan Strait is essential to regional security and prosperity.

Both sides also face a potential flare-up over THAAD and Seoul's possible participation in a US-led chip alliance involving Taiwan and Japan, which China opposes.

China argues THAAD's powerful radar could peer into its airspace, and sharply cut trade and cultural imports with South Korea after Seoul announced the system's deployment in 2016, dealing a major blow to bilateral relations.