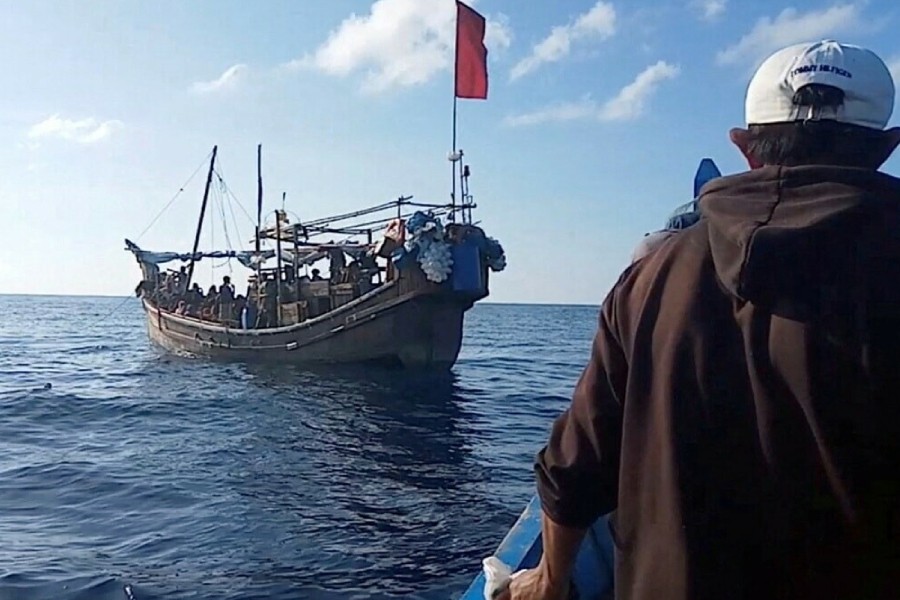 - Photo collected from internet has been used for representational purpose

Dozens of ethnic Rohingya refugees were dead or missing after a boat with about 90 people aboard, including children, capsized and sank in bad weather off the coast of Myanmar over the weekend, according to media reports.

According to survivors, the boat, which was bound for Malaysia, ran into trouble within a couple of days after setting out from Sittwe in Myanmar's Rakhine State on May 19, the Ayeyarwaddy Times reported. So far, at least 14 bodies had been recovered, but more than 50 people were still missing, Radio Free Asia said.

There are only around 600,000 Rohingya Muslims left in Myanmar, a predominantly Buddhist country with a long history of military rule. Rohingya have been rendered as stateless by Myanmar, and as a result of past ethnic violence and persecution the United Nations High Commissioner for Refugees (UNHCR) estimates that 148,000 of them are displaced, with many living in camps.

A spokesman for the military government did not respond to a request for comment on the latest reported tragedy involving Rohingya perishing at sea in a bid to escape persecution in Myanmar.

More than 730,000 Rohingya fled to Bangladesh in 2017 to escape a military-led crackdown that UN investigators have said was carried out with "genocidal intent" and included mass killings and rapes.

Myanmar has denied widespread atrocities, framing the violence as a response to attacks by Rohingya militants.

The other main destination for Rohingya refugees has been Malaysia, a Muslim-majority country that is seen as sympathetic though they are not officially recognised there as refugees.

Some 630 Rohingya had attempted sea journeys across the Bay of Bengal between January to May this year, UNHCR said, noting women and children made up 60 per cent of the maritime crossings.

"The latest tragedy shows once again the sense of desperation being felt by Rohingya in Myanmar and in the region," Indrika Ratwatte, UNHCR’s Director for Asia and the Pacific, said in a statement.