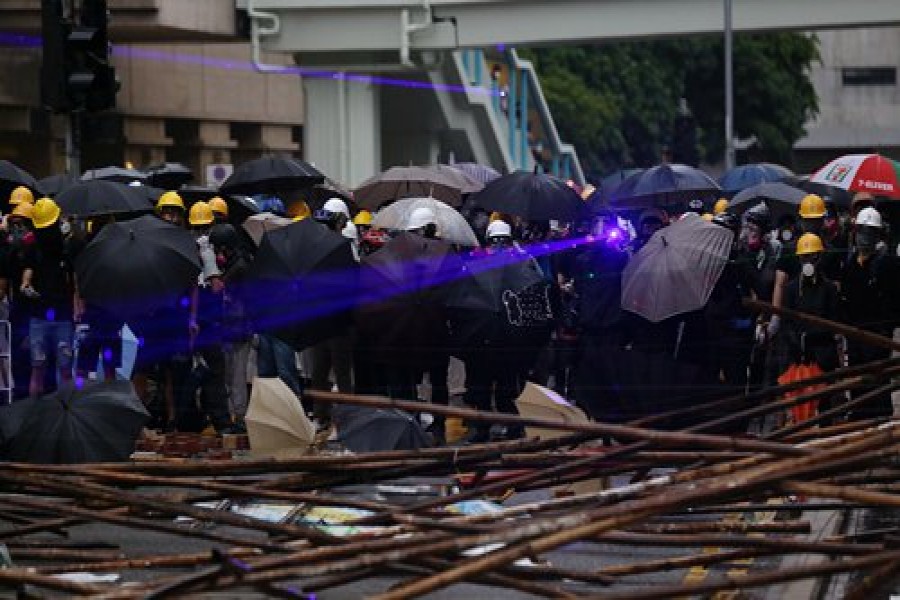 Police destroyed the laboratory where rioters made explosives.

When a homemade bomb was detonated at the scene, the shrapnel punched a hole in one of the lifts.