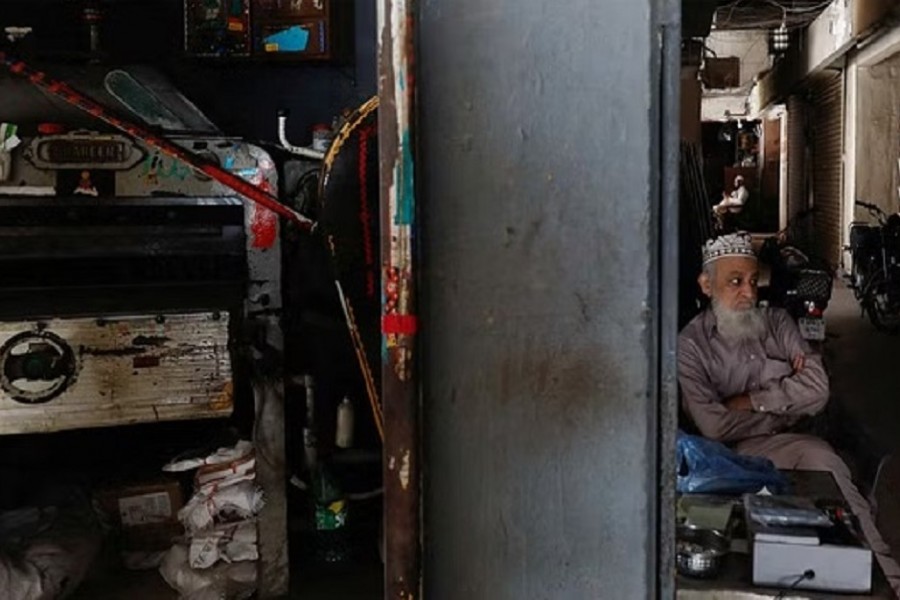 Pakistan's worst power outage in months became a source of humour for some in the country of 220 million, where an energy network desperately in need of an upgrade can lead to frequent blackouts and electricity rationing.

The nationwide outage, the second since October that left schools, hospitals and businesses without electricity, was resolved on Tuesday after 24 hours. Pakistan's energy minister blamed it on a lack of investment in the network and said lessons had been learnt.

Although the outage affected the internet and mobile phone services, it didn't stop many Pakistanis from taking to Twitter and other social media to share jokes and memes, reports Reuters.

"Scenes at the home of that friend who has solar panels," Twitter user @zoeneedstherapy captioned a photo showing a single power outlet with five mobile phone chargers sticking out of it.

The disruptions have fuelled years of strong demand for alternative power supplies and some local governments offer subsidised solar panels.

In a village outside the southeastern city of Jacobabad in Sindh province, a Reuters correspondent saw a single solar panel on the roof of the one-room home of a family of melon farmers.

"Nowadays everybody has solar panels ... but they face trouble at night because they have no other source of power," said Sara Khan, the principal of a girls' school in Jacobabad, which regularly goes through scheduled blackouts that last up to 18 hours a day.

"Electricity problems are common here," said Karachi-based lawyer Ishtiaq Ahmed. "People have alternative arrangements, but these also have their limit."

A popular meme taken from a Spiderman comic book showed three "Spidermen" standing in a circle, pointing to each other and saying "I have a UPS but it isn't charged"; "I have a generator that runs on fuel, but there is no fuel"; "I have a solar panel but there is no sunlight".

But the outages also take their toll.

Irfan Khan, a 30-year-old student preparing for an upcoming exam, said he lost power even before Monday's major outage.

"It was terrible," Khan said in the northeastern city of Peshawar after leaving his tribal area to prepare for the exam.

"I didn't charge my phone, I didn't study for two days and I didn't have water in the washroom."