Nepal plane missing with 22 people on board 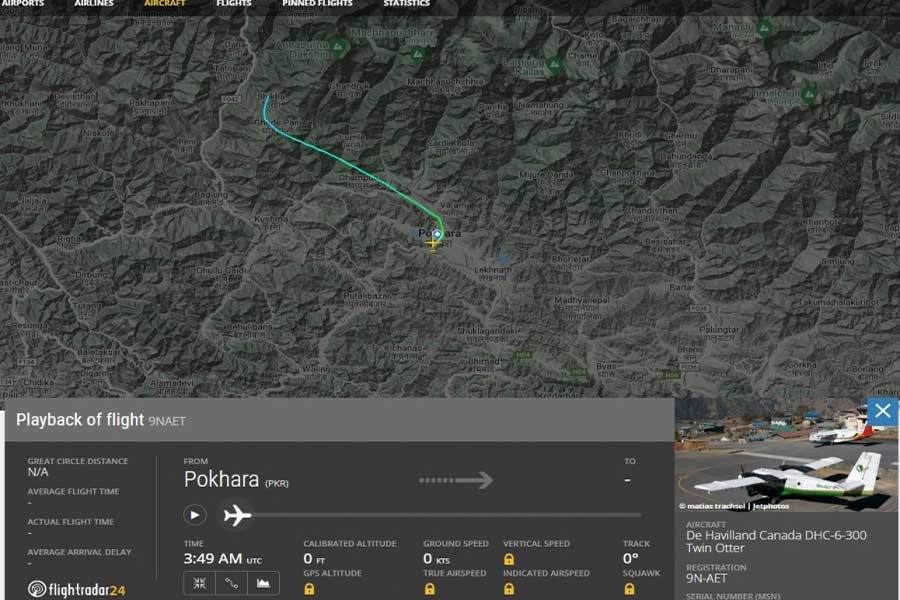 A plane operated by a private airline in Nepal went missing on Sunday with 22 people on board, airline and government officials told Reuters, Reuters reports.

The small plane was flying from the tourist town of Pokhara, some 200 km northwest of the capital, Kathmandu, to Jomsom, about 80 km to the northwest, they said. It is operated by Tara Air which mainly flies Canadian-built Twin Otter planes.

An airline official said the plane was carrying four Indians and two other foreigners, though their nationality was not known.

Nepal, home to the world's highest mountain, does have a record of accidents on its extensive domestic air network, with changeable weather and airstrips in difficult mountain locations.