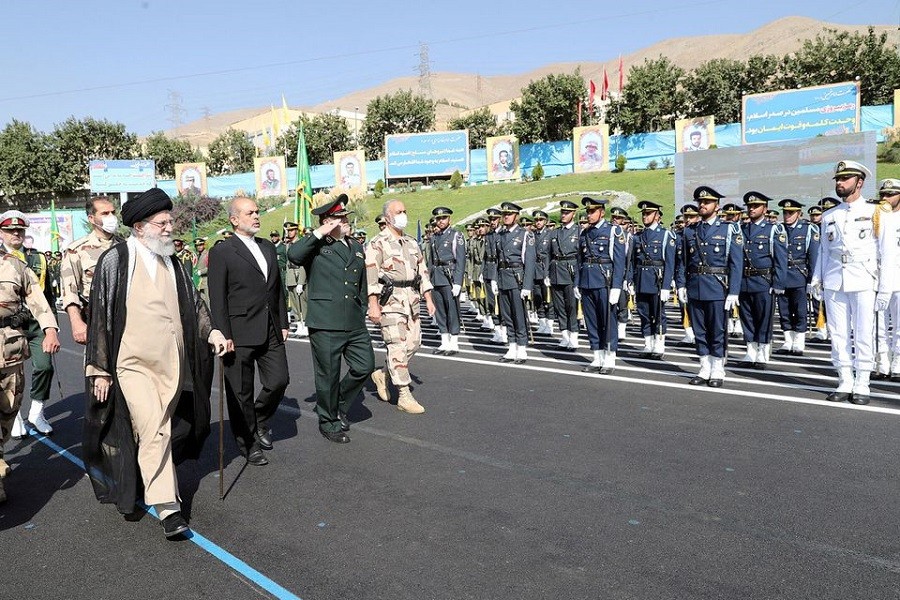 Iran's supreme leader on Monday gave his full backing to security forces confronting protests ignited by the death of Mahsa Amini in custody, comments that could herald a harsher crackdown to quell unrest more than two weeks since she died.

In his first remarks addressing the 22-year-old woman's death after her arrest by morality police over "inappropriate attire", Ayatollah Ali Khamenei said her death "deeply broke my heart" and called it a "bitter incident" provoked by Iran's enemies.

"The duty of our security forces, including police, is to ensure the safety of the Iranian nation...The ones who attack the police are leaving Iranian citizens defenceless against thugs, robbers and extortionists," Khamenei told a group of armed forces cadets in Tehran.

Security forces, including police and the volunteer Basij militia, have been leading a crackdown on the protests, with thousands arrested and hundreds injured, according to rights groups, which put the death toll at over 130, reports Reuters.

Iranian authorities have reported many members of the security forces killed during the unrest, which has spiralled into the biggest show of opposition to Iran's authorities in years, with many calling for the end of more than four decades of Islamic clerical rule.

Khamenei said security forces had faced "injustice" during the protests. "In recent incidents, it is above all security forces including the police and Basij, as well as the people of Iran, who were wronged," he said.

"Some people have caused insecurity in the streets," Khamenei said, sharply condemning what he described as planned "riots", and accusing the United States and Israel - the Islamic Republic's arch-adversaries - of orchestrating the disturbances.

"I openly state that the recent riots were schemes designed by America, the fake Zionist regime (Israel) and their mercenaries inside and outside Iran," said Khamenei, Iran's utmost authority.

Within hours after Amini's funeral in the Kurdish town of Saqez on Sept. 17, thousands of Iranians poured into the streets across the country, with people burning pictures of Khamenei and chanting "Death to the dictator", according to videos on social media.

Still, there is little chance of a collapse of the Islamic Republic in the near term, since its leaders are determined not to show the kind of weakness they believe sealed the fate of the U.S.-backed Shah in 1979, officials and analysts told Reuters.

However, the unrest calls into the question the priority that has defined Khamenei's rule - the survival at any cost of the four-decade-old Islamic Republic and its religious elite.

"Those who ignited unrest to sabotage the Islamic Republic deserve harsh prosecution and punishment," said Khamenei.

The protests have not abated despite a growing death toll and an increasingly violent crackdown by security forces using tear gas, clubs and - in some cases, according to videos on social media and rights groups - live ammunition.

Dozens of students were arrested and many have been injured according to social media posts and videos. Iran's state news agency said most of arrested students were released on Monday. Reuters could not verify the videos and posts.

Authorities said only doctoral students at Sharif University would be allowed on campus until further notice, state media reported.