Indian rape victim dies in hospital after being set ablaze 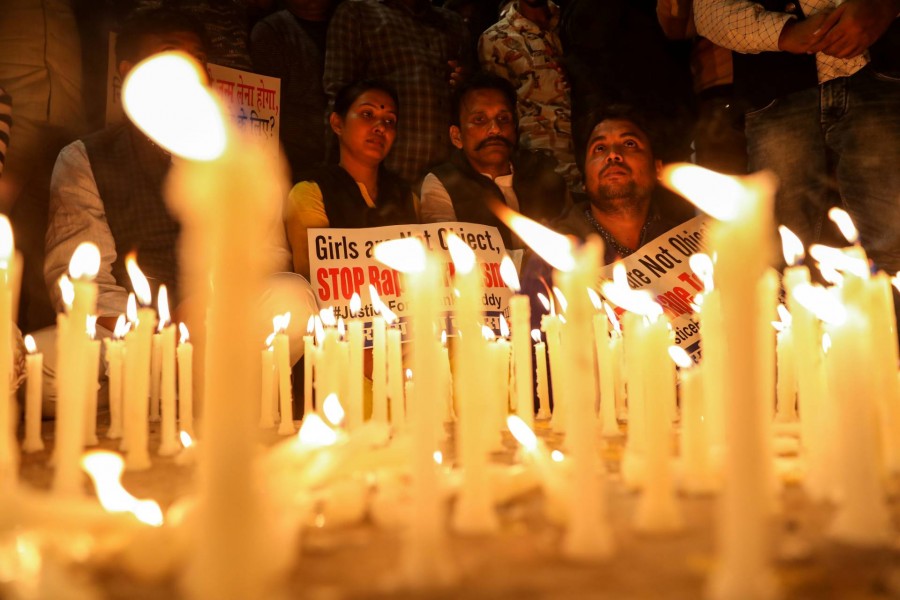 People attending a candle light march to protest against the alleged rape and murder of a 27-year-old woman on the outskirts of Hyderabad, in New Delhi, India. - Reuters

A 23-year-old rape victim died in a hospital in the Indian capital two days after she was set on fire by a gang of men, including her alleged rapist, Reuters partner ANI reported on Saturday.

The woman was on her way to board a train in Unnao district of northern Uttar Pradesh state to attend a court hearing when she was doused with kerosene and set on fire on Thursday, according to the police.

The woman had filed a complaint with Unnao police in March alleging that she had been raped at gun-point on December 12, 2018, police documents showed.

Uttar Pradesh is India’s most populous state and has become notorious for its poor record regarding crimes against women, with more than 4,200 cases of rape reported there in 2017 - the highest in the country.

Indian police shot dead four men on Friday who were suspected of raping and killing a 27-year-old veterinarian near Hyderabad city, an action applauded by her family and many citizens outraged over sexual violence against women.

Shanghai shuts down all cinemas amid Coronavirus outbreak