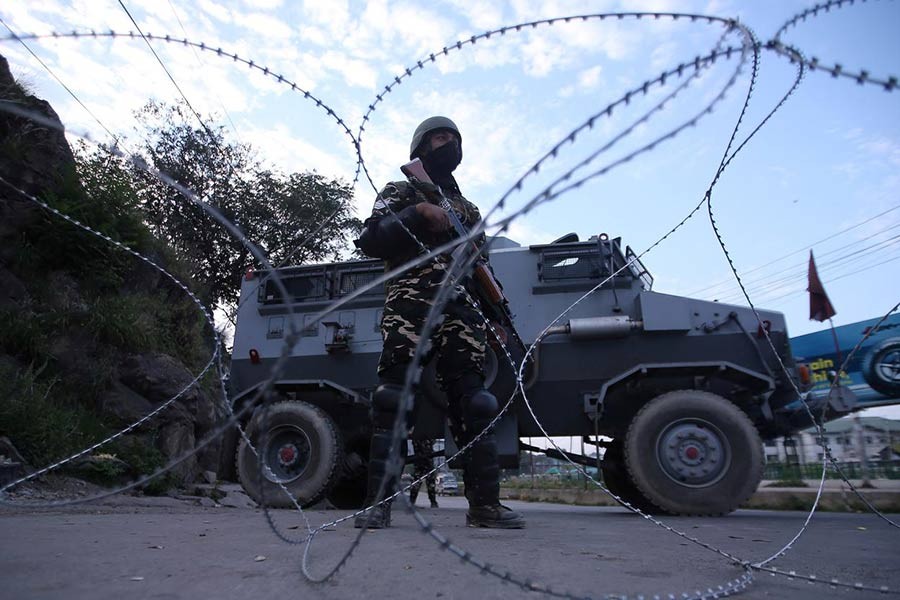 India has restored broadband internet and 2G mobile internet services in some areas of its Jammu and Kashmir (J&K), Principal Secretary of the state government Rohit Kansal on Saturday.

The 2G mobile internet services were restored on post-paid mobile phones for accessing only whitelisted sites to be restored in all ten districts of Jammu and two districts of Kashmir- Kupwara and Bandipora, Rohit Kansal said.

"The mobile internet connectivity shall, however, remain suspended in the districts of Srinagar, Budgam, Ganerbal, Baramulla, Anantnag, Kulgam, Shopian and Pulwama," the government order released on Saturday said.

However, the ban on social media will continue in these districts. Broadband internet is available across banks in J&K for the meantime.

Further, voice call and SMS services have been restored for all pre-paid connections across the Union Territory, the principal secretary of J&K administration said.

"Voice call and SMS facility only shall be restored on all local pre-paid sim cards across the UT of J&K. Further, in order to consider the provision of mobile internet connectivity on such sim cards, the Telecom Service Providers (TSPs) shall initiate the process for verification of credentials of these subscribers as per the norms applicable for post-paid connections," the order said.

Rohit Kansal said the order will come into effect from Saturday (January 18).

Also, internet service providers have been asked to provide fixed-line internet connectivity in all the 10 districts of Jammu region and two districts, Kupwara and Bandipora, in North Kashmir.

"Internet Service Providers (ISPs- BSNL/Private Service Providers) to provide fixed-line internet connectivity, with precautions as already directed, to those companies that are engaged in Software (IT/ITES) services," the order said.

Telecom services were shut in the entire Jammu and Kashmir on August 5 when the Centre abrogated the special status to the erstwhile state and also bifurcated it into two Union Territories.

However, the Supreme Court came down heavily on the UT administration last week for arbitrarily shutting down the internet, the facility described as the fundamental right by the court.

India inoculates more than one million people in a week