Five killed in fire at puja venue in India 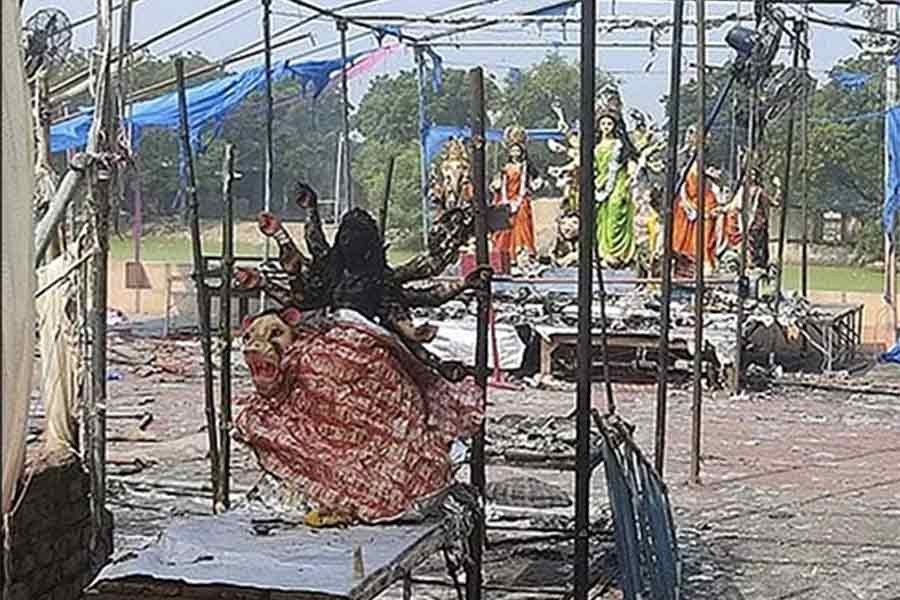 At least five people were killed and 66 others were injured after a huge fire broke out at a Durga Puja venue in Uttar Pradesh’s Bhadohi.

The blaze started on Sunday at around 9 pm local time, during the celebration of Saptami, or the seventh day of Navaratri, an annual Hindu festival observed in honour of the goddess Durga, bdnews24.com reported citing Indian private broadcaster NDTV.

As many as 150 people were inside the pandal at the time of the accident, said police. Three among the dead were children and the injured were sent to hospital for treatment.

District Magistrate Gaurang Rathi said that the overheating of a halogen light caused the fire and it spread rapidly.

"A 45-year-old woman and a 10-year-old boy were killed in the mishap last night, while two children and a woman died at the hospital this morning," the district magistrate said.

Superintendent of Police Anil Kumar said a First Information Report or FIR has been registered at Aurai police station, according to Indian media reports.

Uttar Pradesh Chief Minister Yogi Adityanath has expressed his condolences over the loss of lives in the incident.

He directed district administration officials to go to the hospital and ensure the proper treatment of the injured.