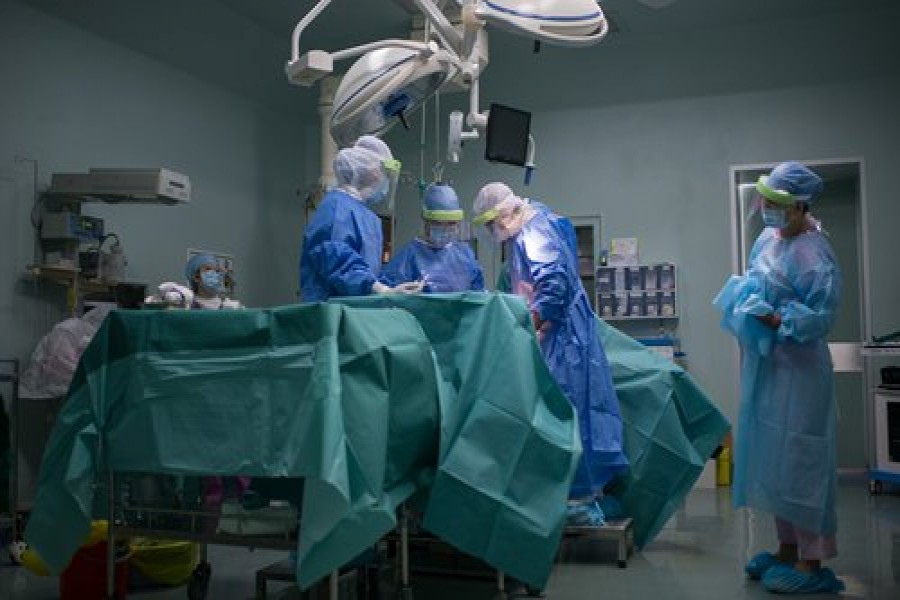 At least 96 people in a veterinary research institute in Lanzhou, Northwest China's Gansu Province were diagnosed with brucellosis by noon on Saturday, health authorities confirmed.

As of Saturday noon, 317 people at the institute had been tested, of which 96, mainly laboratory staff, were confirmed antibody-positive but with mainly recessive infections and no obvious symptoms.

The cause of the infection is still under investigation. The agricultural sector has started tracing the source of the disease.

Experts suggest that risk of human to human transmission of brucellosis is minimal, and there have been no cases revealed.

The commission said patients have been under medical observation and will be given standard treatment if necessary, Xinhua News Agency reported.

Brucellosis, also known as Mediterranean fever, is an infectious bacterial disease affecting human beings caused by brucella, transmitted by contact with infected livestock including cattle and sheep. It is characterized by fever, malaise and headaches.

Brucellosis can also damage the male testes, female ovaries and other reproductive systems.

The epidemic situation of brucellosis in China has been on the rise since the late 1990s. In recent years, the epidemic trend has become more apparent, with the incidence rate among the top 10 of class A and B infectious diseases.

The cases are mainly concentrated in the northern China. Gansu Province is one of the five major animal husbandry provinces in China, and also one of the provinces with severe brucellosis plague in history, according to National Health Commission of China.