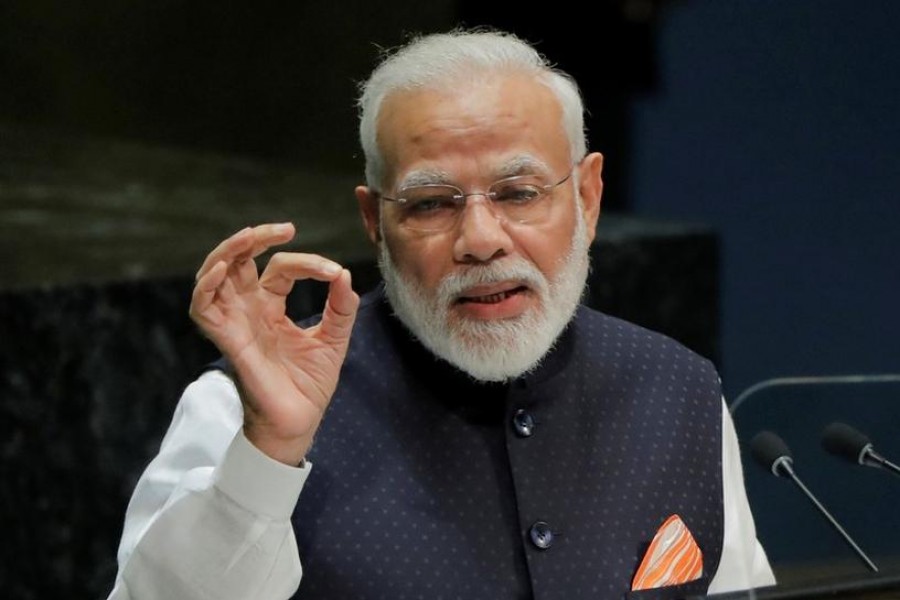 Prime Minister of India Narendra Modi addresses the 74th session of the United Nations General Assembly at UN headquarters in New York, US on September 27, 2019 — Reuters/Files

Indian Prime Minister Narendra Modi has said it would take four months for Jammu and Kashmir to return to normal after his government stripped the state of its special status in August and imposed harsh restrictions.

At a rally in the western state of Maharashtra on Sunday, Modi said that his government had taken necessary steps to maintain security in Jammu and Kashmir, India’s only Muslim-majority state that is also claimed by neighboring Pakistan.

Alongside the withdrawal on August 5 of constitutional provisions that gave Jammu and Kashmir more autonomy than any other Indian state, Modi’s government flooded the region with additional troops, and imposed curfew-like restrictions to keep a lid on protests.

Although many curbs, including those on movement have been eased, mobile telephone and internet connections in the Kashmir valley, home to around seven million people, remain cut off.

Some mobile phone connections are set to be restored on Monday, the government said on Saturday.

“I assure you that it won’t take more than 4 months to normalize the abnormal situation that has persisted there for 40 years,” Modi said at the rally, speaking in Hindi.

“Jammu Kashmir and Ladakh aren’t just a piece of land for us,” Modi said, referring to the remote Buddhist enclave that borders China.

New Delhi insists that its move in August was essential to integrate Kashmir fully into India and bring development to the Himalayan region, but there is anger and discontent among many locals over the decision.

Despite the curbs, Kashmiris have come out on to the streets, and many shops and other commercial establishments in the Kashmir valley have remained mostly shuttered in protests against the withdrawal of the special status.

India has long accused Pakistan of fuelling an armed insurgency in Kashmir, a charge that Islamabad denies.

“Closed shops, no public transport?” the advertisements said, “Who benefits?”

UAE reopens all seven regions to foreigners after six months