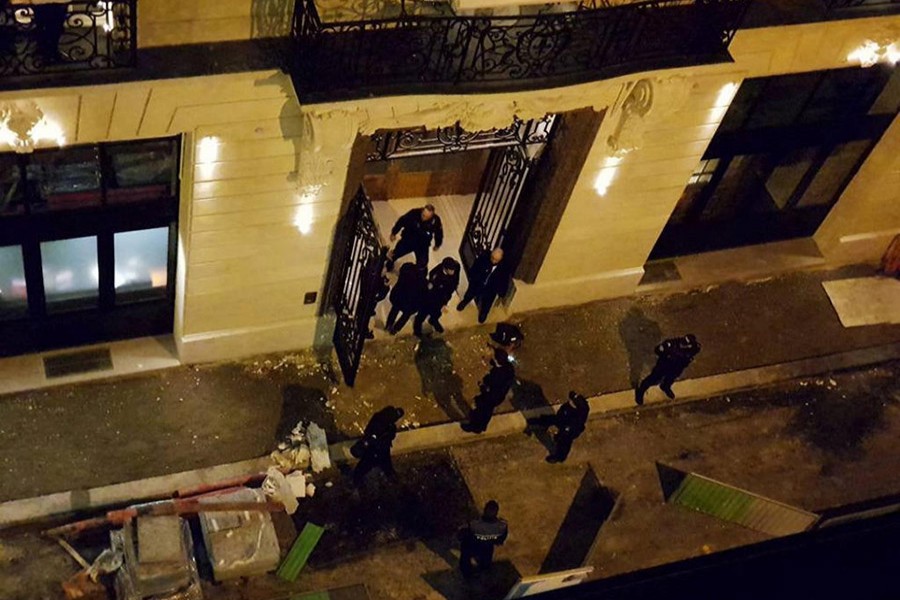 A general view of the scene after axe-wielding robbers stole jewelry on Wednesday from a store in the famed Ritz Paris hotel in Paris, France. - Reuters photo

Axe-wielding robbers looted jewelry on Wednesday possibly worth more than $5 million from a store in the famed Ritz Paris hotel, police said.

Five thieves carried out the heist at the luxury hotel in late afternoon. Three were arrested while two others got away. There were no injuries, reports Reuters.

“The loss is very high and remains to be assessed,” one police source said. Another put the figure at 4.5 million euros ($5.38 million), but said that a bag had been recovered possibly containing some of the loot.

The hotel first opened in 1898 and was the first Paris hotel to boast electricity on all floors and bathrooms that were inside rooms.

The former home of fashion designer Coco Chanel and author Marcel Proust, the Ritz was a favourite drinking hole of American writer Ernest Hemingway. It was at the Ritz that Diana, Princess of Wales, spent her last night in 1997 before the car crash that killed her and her lover Dodi Fayed, son of the hotel’s owner Mohammed al-Fayed.

Armed heists targeting jewelry stores are not uncommon in the ultra chic avenues near Place Vendome square in central Paris where the Ritz is located.