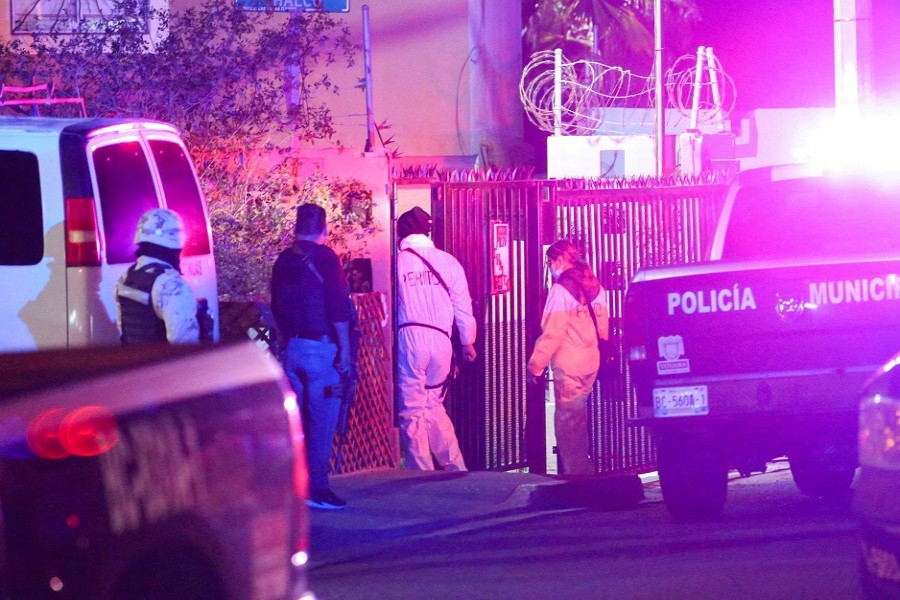 Members of a forensic team walk near at the crime scene where a Mexican journalist Lourdes Maldonado was shot dead outside her home in the northern border city of Tijuana, Mexico, January 23, 2022. REUTERS/Jorge Duenes

A Mexican journalist was shot dead in the northern border city of Tijuana on Sunday, the state government said, becoming the second killed in the area within a week.

Lourdes Maldonado, a journalist with decades of experience, was shot dead in her car in the Santa Fe neighbourhood of Tijuana, the attorney general's office of Baja California said in a statement.

The killing came less than a week after officials reported that Mexican photojournalist Margarito Martinez, 49, died after being shot in the head outside his home in Tijuana, reports Reuters.

A source with knowledge of the case said Maldonado had been registered in the state's protection programme for journalists, which included some police surveillance of her home.

Maldonado was the third journalist killed this year in Mexico.

From 2000 to 2021, human rights group Article 19 has registered 145 murders of journalists in Mexico, with seven deaths last year.