Americans losing faith in what Trump says about the COVID-19 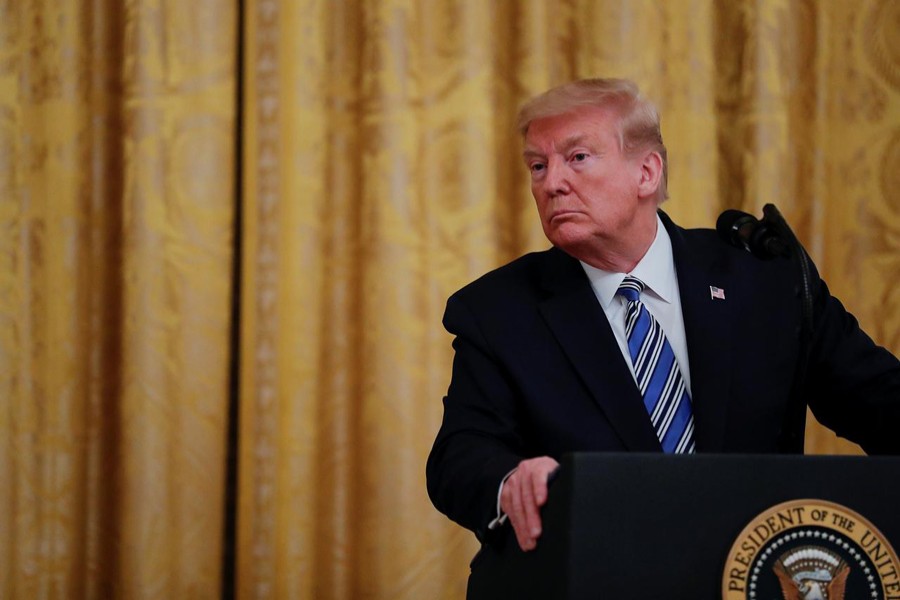 Americans appear to be losing faith in what President Donald Trump says about the coronavirus pandemic, with almost everyone rejecting Trump's remark that COVID-19 may be treated by injecting infected people with bleach or other disinfectants, according to a Reuters/Ipsos poll.

The poll, released on Tuesday, said that fewer than half of all adults in the US – 47 per cent - said they were "very" or "somewhat" likely to follow recommendations Trump makes about the virus. That is 15 percentage points lower than the number who said they would follow Trump's advice in a survey that ran at the end of March, reports Reuters.

And 98 per cent of Americans said they would not try to inject themselves with bleach or other disinfectants if they got the coronavirus, including 98 per cent of Democrats and 98 per cent of Republicans. That is a near-unanimous rejection of an idea that Trump floated at a time of widespread anxiety about the virus.

A majority of Americans said they were concerned about how the coronavirus is spreading, according to the April 27-28 public opinion poll, as the number of COVID-19 cases surpassed 1.0 million people in the United States this week, killing more than 56,000.

Trump publicly mused about the benefits of "cleaning" COVID-19 patients on the insides with disinfectants or ultraviolet light during a news conference last week, directing health officials in the room to look into it.

Medical experts immediately condemned the president's suggestion, and the makers of disinfectant products warned the public against ingesting them. Trump later tried to portray his remarks as sarcasm, but given his popularity with some Americans, health officials expressed concern his remarks would persuade some people to poison themselves.

Overall, Trump's overall popularity has not changed much over the past week. Forty-three percent of Americans said they approve of his overall job performance, and the same number also approve of his handling of the COVID-19 pandemic.

The Reuters/Ipsos poll was conducted online, in English, throughout the United States. It gathered responses from 1,001 adults, including 416 Democrats and 419 Republicans.