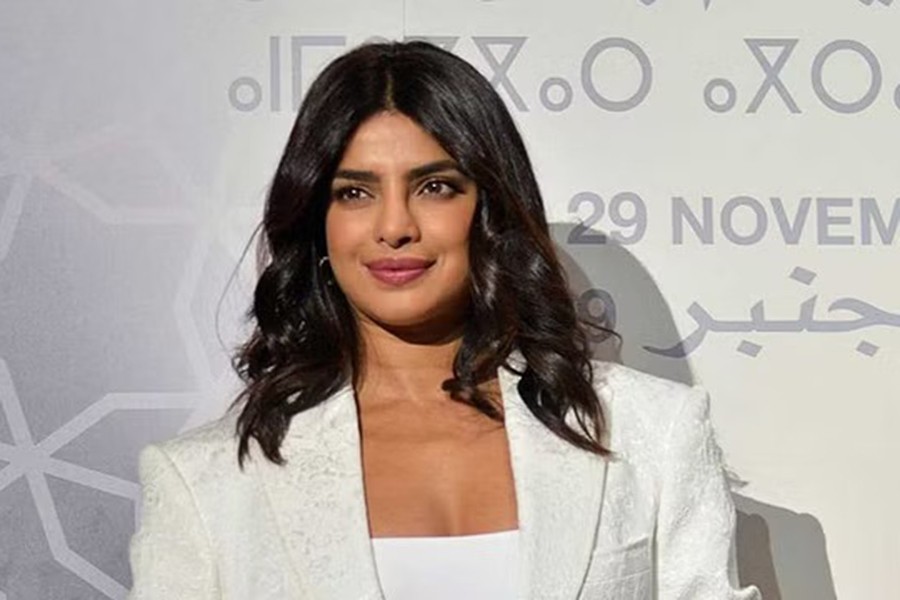 US Vice President Kamala Harris on Friday reminded top female Democrats of their duty to fight for reproductive rights and how electing two more Democratic senators in the upcoming midterm elections is critical to that fight, Reuters reports.

"If there were ever any reason for this group to exist in recent memory, the moment is now," Harris said during the Democratic National Committee's Women's Leadership Forum on Friday in Washington.

"We have got to do everything we can in the next 39 days to remind people what is at stake in these elections," she said during a panel moderated by actress Priyanka Chopra.

Chopra started the session with a jab at men patronising women. Pointing to the silence in the room, she joked "Do you hear that sound? That is the sound of no mansplaining, ladies.

"Earlier this month, President Joe Biden vowed that Democrats would codify the right to an abortion into law if two more Democratic senators are elected to the US Senate in the Nov 8 mid-terms, saying it would open the possibility of removing the filibuster, a legislative roadblock which requires a 60-vote majority to overcome.

The Senate is now evenly split between Democrats and Republicans, with Harris' tie-breaking vote as vice president giving Democrats thin control. But two Democratic senators have opposed ending the filibuster.

Abortion has become a major issue for voters across the country after the Supreme Court's Dobbs v. Jackson Women's Health Organization decision in June overturned the right to have an abortion enshrined nearly 50 years earlier in Roe v. Wade.

Nearly half of states have banned, placed limits on, or attempted to ban abortion. Some Republicans, such as Senator Lindsey Graham earlier this month, have proposed a national ban on abortions after 15 weeks, or within the second trimester of a pregnancy.