US pledges $1.0b for coronavirus vaccine as pandemic risks grow 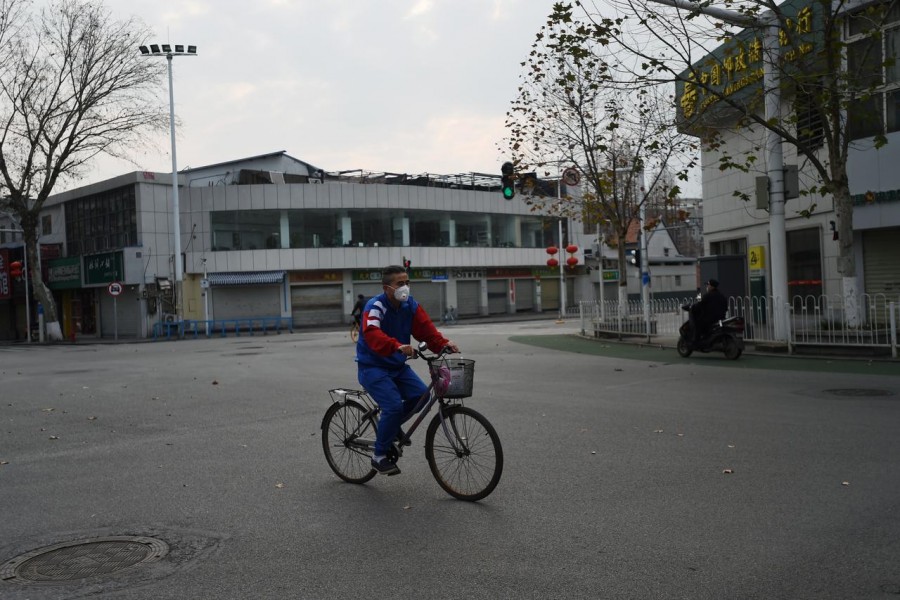 A bus believed to carry the US passengers of the cruise ship Diamond Princess, where dozens of passengers were tested positive for coronavirus, leaves the Daikoku Pier Cruise Terminal in Yokohama, south of Tokyo, Japan, February 17, 2020. Reuters

US president Donald Trump will seek $2.5 billion from Congress to fight the coronavirus epidemic and US and South Korean militaries are considering scaling back joint training as the virus spreads in Europe and the Middle East.

Countries around the world are stepping up efforts to prevent a pandemic of the flu-like virus that originated from China late last year and has now infected more than 80,000 people, 10 times more cases than the SARS coronavirus.

The White House said more than $1.0 billion of the requested virus budget would go toward developing a vaccine, while other funds would be used for therapeutics and the stockpiling of personal protective equipment such as masks.

The US and South Korean militaries said on Monday they may cut back joint training due to mounting concerns about the spreading coronavirus, in one of the first concrete signs of the virus's fallout on global US military activities.

The disclosure came during a visit to the Pentagon by South Korean defence minister Jeong Kyeong-doo, who acknowledged following talks with US defence secretary Mark Esper that 13 South Korean troops had tested positive for the virus.

"We do regard this situation as a serious one," Jeong told a news conference, adding he had suspended military vacations and off-base leave.

"We have also limited their movement across the nation."

Earlier on Monday, the US military said a 61-year-old woman in South Korea who tested positive for the virus had recently visited a US military base in the southeastern city of Daegu.

The woman, who was the widow of a former US service member, visited a store at Camp Walker on February 12 and 15, the military said. It was the first infection connected to US Forces Korea, which counts about 28,500 American troops on the peninsula.

US Forces Korea said it was raising the risk level to "high" across the country. It urged US troops to limit travel and "use extreme caution when travelling off-installation."

South Korea - which remains technically at war with the nuclear-armed North - has the most virus cases in Asia outside China and reported 60 new cases on Tuesday, increasing the total number of infected patients in the country to 893.

Of the new cases, 16 were in the southeastern city of Daegu, where a church at the centre of the outbreak is located, and 33 were from North Gyeongsang Province, health officials said.

Americans should avoid all nonessential travel to South Korea due to the coronavirus outbreak, the US Centres for Disease Control and Prevention said on Monday.

Japanese health minister Katsunobu Kato said it was too early to talk about cancelling the Tokyo Summer Olympics, which start on July 24, due to the coronavirus. Japan has 850 cases, most from a cruise ship, and has recorded four deaths.

Questions have risen about whether the Olympics should be moved or cancelled, with one London mayoral candidate saying London was ready to host the games if needed.

China reported a rise in new coronavirus cases in Hubei province, the epicentre of the outbreak, on Tuesday while the rest of the country saw a fourth-straight day of declines.

Hubei had 499 new confirmed cases on February 24, the National Health Commission said, up from 398 a day earlier and driven mainly by new infections in the provincial capital of Wuhan.

The epidemic in China peaked between January 23 and February 02 and has been declining since, said the World Health Organization (WHO). China's actions of locking down cities and severely restricting the movement of people has probably prevented hundreds of thousands of cases, it said.

"They're at a point now where the number of cured people coming out of hospitals each day is much more than the sick going in," said head of the WHO delegation in China, Bruce Aylward.

Italy on Monday became the new frontline in the fight against the coronavirus with 220 cases reported from just three on Friday. The death toll in Italy stands at seven.

Italian authorities have sealed off the worst-affected towns, closed schools and halted the carnival in Venice, where there were two cases.

Kuwait, Bahrain, Oman, Afghanistan and Iraq reported their first new coronavirus cases, all in people who had been to Iran where the toll was 12 dead and 61 infected. Most of the Iran infections were in the Shi'ite Muslim holy city of Qom.

Asian share markets were trying to stabilise on Tuesday after the surge of cases outside mainland China and fears of a pandemic sent global markets into a tailspin.

Some dealers cited a Wall Street Journal report on a possible vaccine as helping sentiment, though human tests of the drug might not start until the end of April.

European equities markets suffered their biggest slump since mid-2016 on Monday, gold soared to a seven-year high and oil tumbled 4.0 per cent.

The Dow Jones Industrials and S&P 500 posted their biggest one-day percentage drops in over two years and Nasdaq had one of its worst days since December 2018.

WHO chief Tedros Adhanom Ghebreyesus said the word "pandemic" did yet not fit the facts.

"We must focus on containment while preparing for a potential pandemic," he told reporters in Geneva, adding that the world was not witnessing an uncontained spread or large-scale deaths.

Outside mainland China, the outbreak has spread to about 29 countries and territories, with a death toll of about two dozen, according to a Reuters tally.

US unemployment systems tested by surge of applicants

Americans urged to wear masks outside as pandemic worsens

US extends waivers on sanctions against Iran