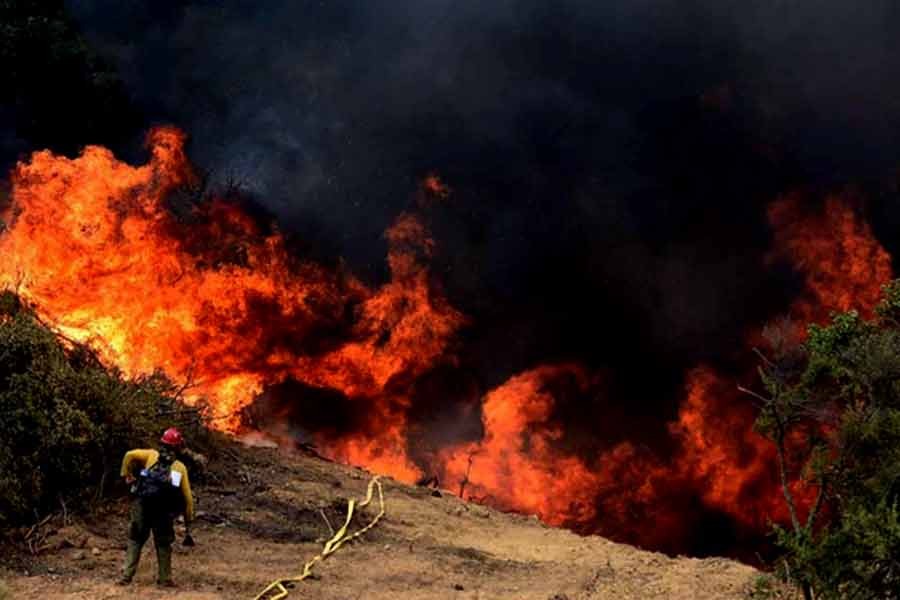 US President Joe Biden's administration announced on Tuesday a temporary pay raise for federal wildland firefighters, saying they were facing longer, more severe fires partly due to climate change and their pay has lagged that of others.

Firefighters across the United States have battled record-breaking forest fires in recent years and the administration said investing in the wildland firefighting workforce was a matter of national security, reports bdnews24.com citing Reuters.

The pay increase as well as new mental wellness and health support were being funded by $600 million from President Joe Biden’s Bipartisan Infrastructure Law.

It did not say how many firefighters would benefit from the plan but said that last year, the administration increased the mininum wage for some 11,300 wildland firefighters.

In June last year, Biden raised the pay of federal firefighters to at least $15 an hour from $13 and announced that bonuses would be paid for those working on the front lines.

In November 2021, Biden signed into law a $1 trillion infrastructure bill that would create jobs by dispersing billions of dollars to state and local governments to fix crumbling bridges and roads and by expanding broadband internet access to millions of Americans.

US states may arrest women for crossing state lines to get abortions: Biden