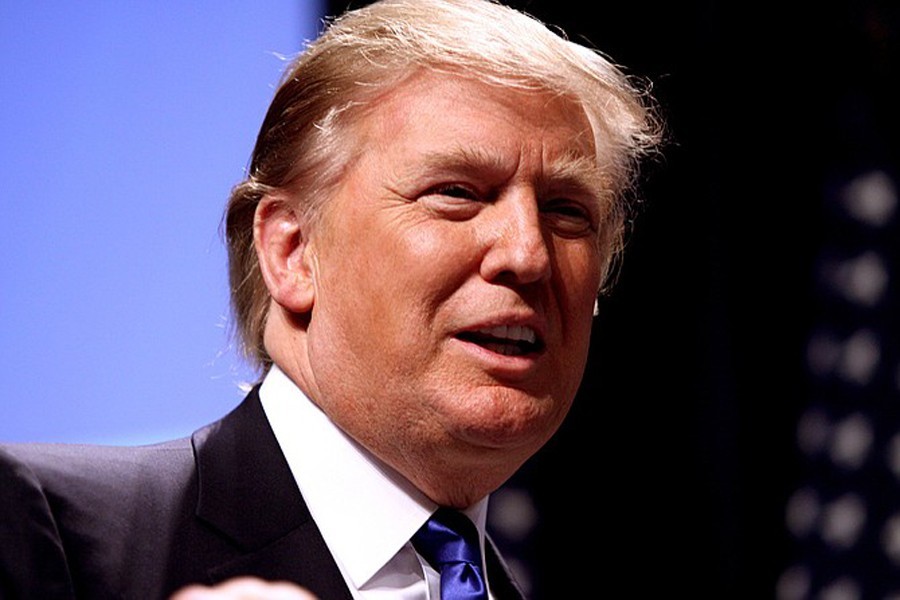 Donald Trump, who has mounted relentless attacks on the integrity of US voting since his 2020 election defeat, on Tuesday launched a bid to regain the presidency in 2024, aiming to pre-empt potential Republican rivals.

Trump, seeking a potential rematch with Democratic President Joe Biden, made his announcement at his Mar-a-Lago estate in Florida a week after midterm elections in which Republicans failed to win as many seats in Congress as they had hoped, reports Reuters.

In a speech broadcast live on US television, Trump spoke to hundreds of supporters in a ballroom decorated with several chandeliers and lined with dozens of American flags.

"In order to make America great again, I am tonight announcing my candidacy for president of the United States," Trump said to a cheering phone-waving crowd of donors and longtime supporters.

Earlier in the day, aides filed paperwork with the US Federal Election Commission setting up a committee called "Donald J. Trump for President 2024."

There is a long road ahead before the Republican nominee is formally selected in the summer of 2024, with the first state-level contests more than a year away.

Trump's announcement comes earlier than usual even in a country known for protracted presidential campaigns and signals his interest in discouraging other possible contenders such as Florida Governor Ron DeSantis or his own former vice president, Mike Pence, from making a bid for the Republican Party's 2024 presidential nomination.

Trump played an active role in the midterms, recruiting and promoting candidates who echoed his false claims that the 2020 election was stolen from him through widespread voting fraud.

But many of his candidates in key battleground states lost, prompting some prominent Republicans to openly blame him for promoting weak candidates who derailed the party's hopes of taking control of the Senate.

Control of the House of Representatives remains up in the air, but Republicans are on track to win a razor-thin majority.

Trump will seek his party's nomination even as he faces trouble on several fronts, including a criminal investigation into his possession of government documents taken when he left office as well as a congressional subpoena related to his role in the Jan. 6, 2021, US Capitol attack by his supporters. Trump has called the various investigations he faces politically motivated and has denied wrongdoing.