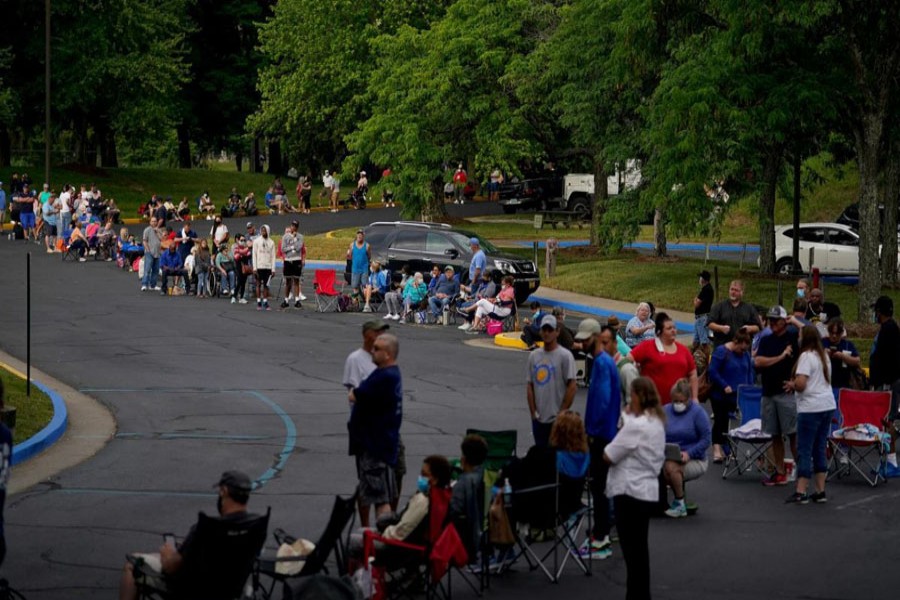 FILE PHOTO: People line up outside Kentucky Career Center prior to its opening to find assistance with their unemployment claims in Frankfort, Kentucky, U.S. June 18, 2020. REUTERS/Bryan Woolston

Judith Ramirez received a letter this month that she’d been dreading: The Honolulu hotel that furloughed her from a housekeeping job in March, during the lockdown triggered by the coronavirus pandemic, made her layoff permanent, reports Reuters.

Ramirez, 40, was originally told she might be called back after business picked up. But infections increased in Hawaii over the summer and quarantine restrictions for visitors were extended, a blow to the state’s tourism-dependent hotels.

Six months into the pandemic, evidence of longer-term damage to the US labour market is emerging, according to separate analyses of detailed monthly jobs data by labor economists and Reuters.

Retirements are drifting up, women aren’t reengaging with the job market quickly, and “temporary” furloughs like Ramirez’s are becoming permanent - trends that could weigh on the US economic recovery in the short term as well as the country’s prospects in the long term.

Economic growth depends on how many people work. If more retire, or are kept from the job market because of childcare or health and safety issues, growth is slower.

“In the first few months of the recession we were much more focused on how many jobs could come back, how many jobs could be preserved,” said Kathryn Anne Edwards, a labour economist at RAND Corp. “Now the question is really how much damage has this done.”