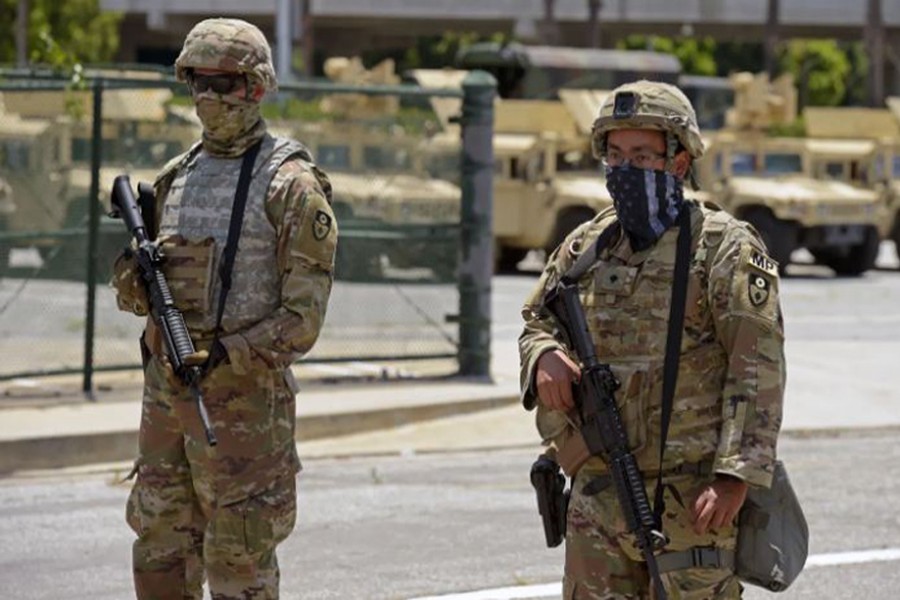 A countywide curfew was issued Sunday evening by US Los Angeles County following weekend protests and riots over the death of African American George Floyd.

The curfew will be in effect from 6:00 pm Sunday to 6:00 am Monday local time in the most populous county in the United States with a population of over 10 million, according to a statement from the Los Angeles County Board of Supervisors, noting the dangers which often occur under cover of darkness and the difficulty to preserve public safety during these hours in the midst of chaos.

During the curfew, all residents are required to stay off "public streets, avenues, boulevards, places, walkways, alleys, parks or any public areas or unimproved private realty within Los Angeles County."

However, officials said that the order does not apply to peace officers, fire fighters, and National Guard or other military personnel deployed to the area, individuals traveling to and from work, people experiencing homelessness and without access to a viable shelter, and individuals seeking medical treatment, reports Xinhua.

Any violation of the order is a misdemeanor, punishable by a fine not to exceed 1,000 US dollars or by imprisonment for a period not to exceed six months, or both, according to the terms of the curfew.

The announcement came after the protests over Floyd's death went into the fifth straight day on Sunday in the Los Angeles area. Floyd, an unarmed black man, died of white police brutality in Minneapolis on May 25.

Hundreds of demonstrators flooded the streets of the city of Santa Monica on Sunday afternoon. But the peaceful protest turned violent as some looters began to attack stores along the streets.

California Governor Gavin Newsom declared a state of emergency in Los Angeles County on Saturday night and authorized assistance by the National Guard to cope with the unrest. Los Angeles Mayor Eric Garcetti issued a curfew on Sunday for the city of Los Angeles for the second straight night.

The Consulate General of China in Los Angeles issued a note Sunday to Chinese citizens living in the area, reminding them to follow the curfew imposed by local authorities and avoid places where the protests and riots erupted.