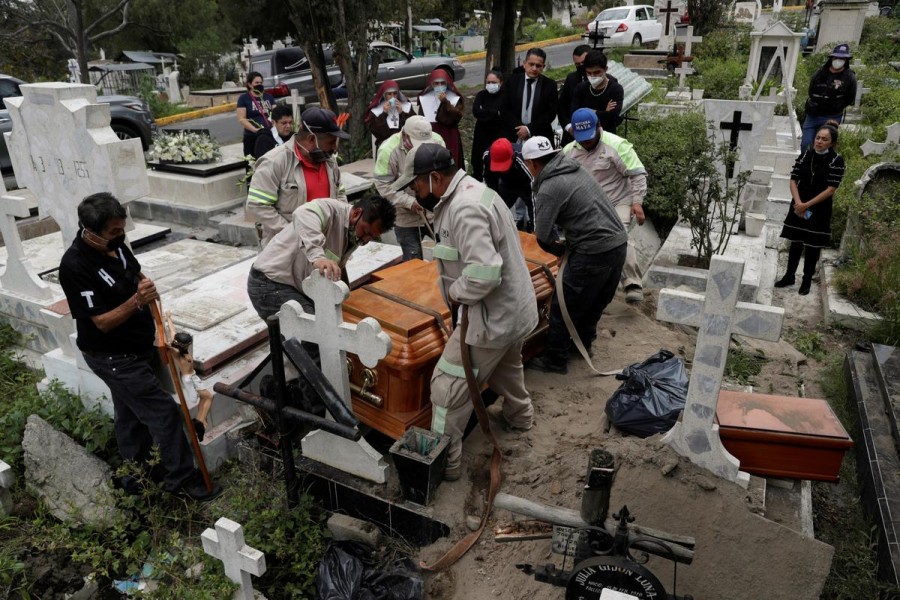 Cemetery workers move the coffin of a man, who died of the coronavirus disease (Covid-19), during his funeral at the San Nicolas Tolentino cemetery in the Iztapalapa neighbourhood in Mexico City, Mexico on August 4, 2020 — Reuters photo

Latin America surpassed Europe on Tuesday to become the region with the highest coronavirus death toll worldwide, according to a Reuters tally.

The region has now recorded more than 206,000 deaths, approximately 30 per cent of the global total.

Brazil, the Latin American country most affected by the novel coronavirus, has now recorded a total of 95,819 deaths as of Tuesday. Mexico, the second-most affected country in the region, has 48,869 deaths.

The spread of the pandemic has also accelerated in Colombia, Peru, Argentina and Bolivia.

Last week Latin America became the most-affected region by the number of cases. On Monday, its number of infections surpassed 5 million, according to a Reuters tally based on government data.

The number of cases increased after authorities relaxed lockdown measures in order to stimulate economic growth.

The virus has infected more than 18.4 million people worldwide. The global death toll is 698,000.