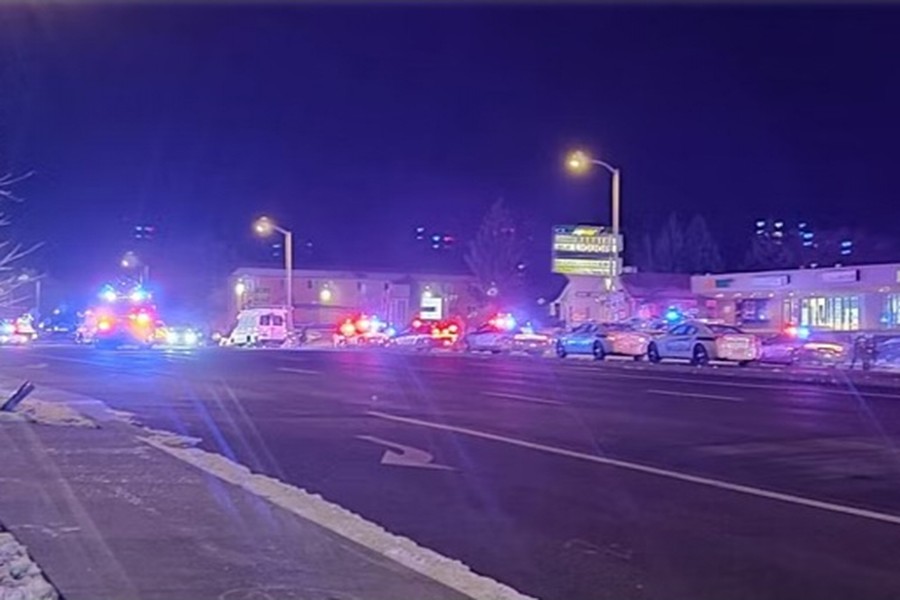 Five people were killed and 18 injured in a shooting at a gay nightclub on Saturday night in Colorado Springs, Colorado, police said.

A suspect was in custody and was being treated for injuries after the attack at Club Q, Colorado Springs Lieutenant Pamela Castro told a news conference.

Police got the initial phone call just before midnight about the shooting, Castro said.

In its Google listing, Club Q describes itself as an "adult-oriented gay and lesbian nightclub hosting theme nights such as karaoke, drag shows & DJs," according to Reuters.

On its Facebook page, a statement from Club Q sad it was "devastated by the senseless attack on our community ... We thank the quick reactions of heroic customers that subdued the gunman and ended this hate attack."

US appeals ruling that would lift asylum restrictions

Argentina vice-president sentenced to six years in jail for corruption

US saw over 1m firearm fatalities over past 30 years: Study