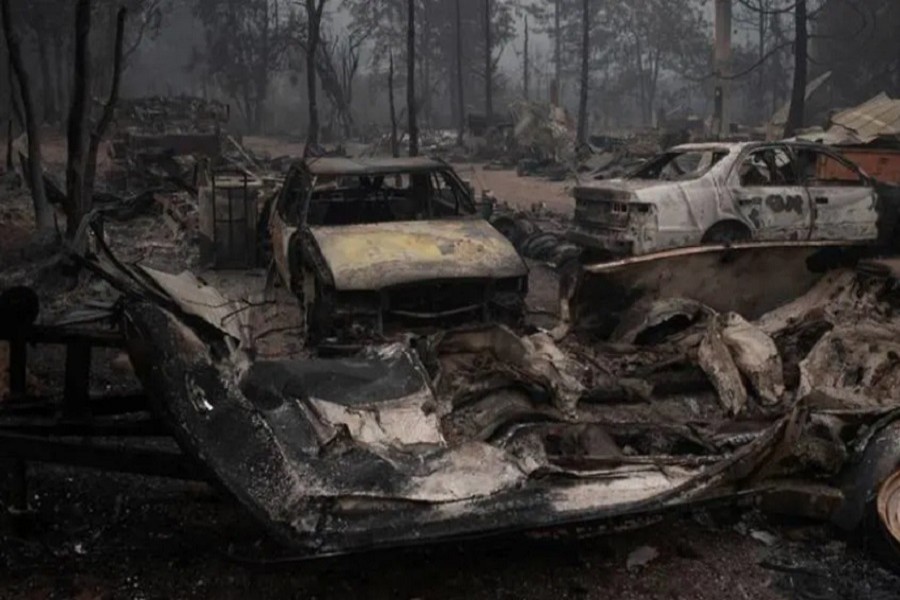 Vehicles lie damaged in the aftermath of the Obenchain Fire in Eagle Point, Oregon, US, September 11, 2020 — Reuters

Facebook has started removing false claims that the deadly wildfires in Oregon were started by various left-wing and right-wing groups, a spokesman for the social media company said on Saturday, after the rumors left state officials inundated with queries for information.

Since early this week, state officials have been attempting to debunk misinformation on social media that has blamed both left-wing and right-wing groups for the fires that have killed at least six people in Oregon this week.

Facebook, which earlier was attaching warning labels to such posts, decided to move to the stricter approach after “confirmation from law enforcement that these rumors are forcing local fire and police agencies to divert resources from fighting the fires and protecting the public,” the spokesman, Andy Stone, said in a statement on Twitter.

Stone called the decision “consistent with (Facebook’s) past efforts to remove content that could lead to imminent harm given the possible risk to human life as the fires rage on.”

One of Facebook’s third-party fact-checking partners, PolitiFact, wrote on Thursday on its website that dozens of posts blaming antifa - a largely unstructured, far-left movement - for the wildfires had been flagged by Facebook’s systems, and that collectively the posts had been shared thousands of times.

The FBI on Friday said in a statement that after investigating several reports that extremists were responsible for setting wildfires in Oregon, it found them to be untrue.

Earlier this week, police in Medford, Oregon, debunked a false post using the police department’s logo and name suggesting that five members of the Proud Boys, a men-only, far-right group, had been arrested for arson.