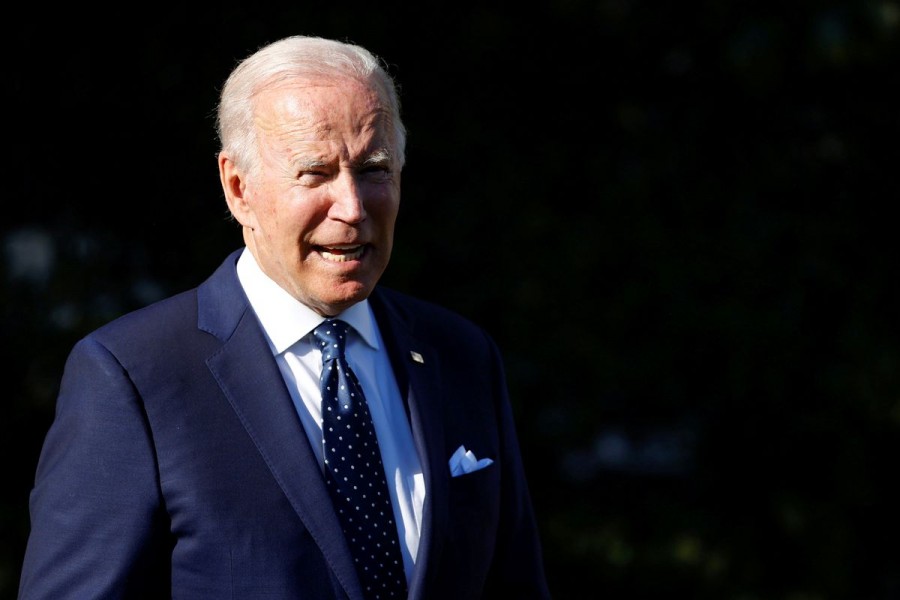 The United States and its NATO allies are investigating the blast that killed two people in Poland, but early information suggests it may not have been caused by a missile fired from Russia, US President Joe Biden said.

Biden spoke after global leaders gathered for the G20 meeting in Bali, Indonesia, held an emergency meeting on Wednesday after a deadly explosion in Przewodow, a village in eastern Poland near the border with Ukraine.

Ukraine and Polish authorities said the explosions, which killed two people, were caused by Russian-made missiles.

Asked whether it was too early to say that any missile was fired from Russia, Biden said that the trajectory suggested otherwise.

"There is preliminary information that contests that," he told reporters. "I don't want to say that until we completely investigate it but it is unlikely ... that it was fired from Russia, but we'll see."

The US and NATO countries would fully investigate before acting, he added.

The statement left open a number of questions, including whether Biden meant Russia likely had no culpability in the blast at all. The White House did not immediately clarify the comment.

Biden, however, condemned Russia for ramping up missile attacks within Ukraine, calling recent strikes and their civilian casualties "totally unconscionable."

The emergency meeting was convened by Biden, the White House said.

"We agreed to support Poland's investigation into the explosion in rural Poland, near the Ukrainian border, and they're going to make sure we figure out exactly what happened," Biden said.

"And then we're going to collectively determine our next step as we investigate and proceed. There was total unanimity among folks at the table."

A White House official later said Biden would support the process, though not necessarily the conclusions, of the Polish investigation.

All except for Japan are members of NATO, the defense alliance that also includes Poland.

A determination that Moscow was to blame for the blast could trigger NATO's principle of collective defence known as Article 5, in which an attack on one of the Western alliance's members is deemed an attack on all, starting deliberations on a potential military response.

Poland has said it was verifying whether it needed to request consultations under Article 4 of the alliance, which allows NATO members to bring any issue of concern, especially regarding security, for discussion at the North Atlantic Council.

Poland summoned Russia's ambassador to Warsaw for an explanation after Moscow denied it was responsible.