11 US troops injured in Iranian missile attack in Iraq 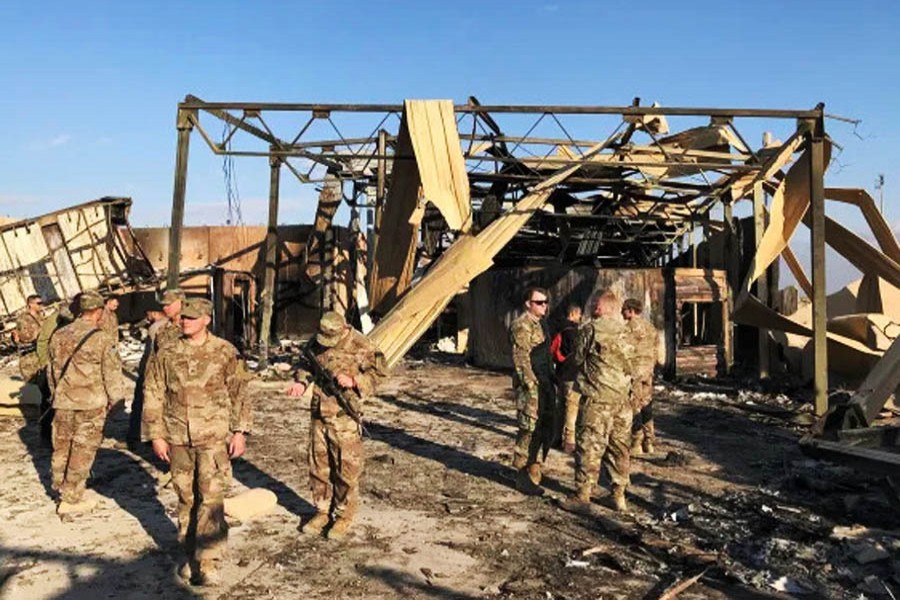 Eleven US troops were treated for concussion symptoms as a result of last week's Iranian missile attack on US military base in Iraq, the US military has said in a statement.

"While no US service members were killed in the Jan. 8 Iranian attack on Al Asad air base, several were treated for concussion symptoms from the blast and are still being assessed," Captain Bill Urban, spokesman for US Central Command, said in a statement on Thursday.

After last week's attack in western Iraq, the Pentagon initially said that no casualty was reported, reports Xinhua.

The statement said some service members received "follow-on screening" as a measure of caution and consequently the symptoms were found.

CNN also reported that an anonymous US defence official claimed that the symptoms of the injured troops emerged "days after the fact."

Seeking revenge for the killing of Iranian senior commander Qassem Soleimani by a US drone strike on Jan. 3 in Iraq, Iran retaliated on Jan. 8 by launching ballistic missiles on military bases housing US troops in Iraq's western province of Anbar and near the city of Erbil, capital of the semi-autonomous region of Kurdistan.

More than 5,000 US troops are deployed in Iraq to support the Iraqi forces in the battle against Islamic State militants.