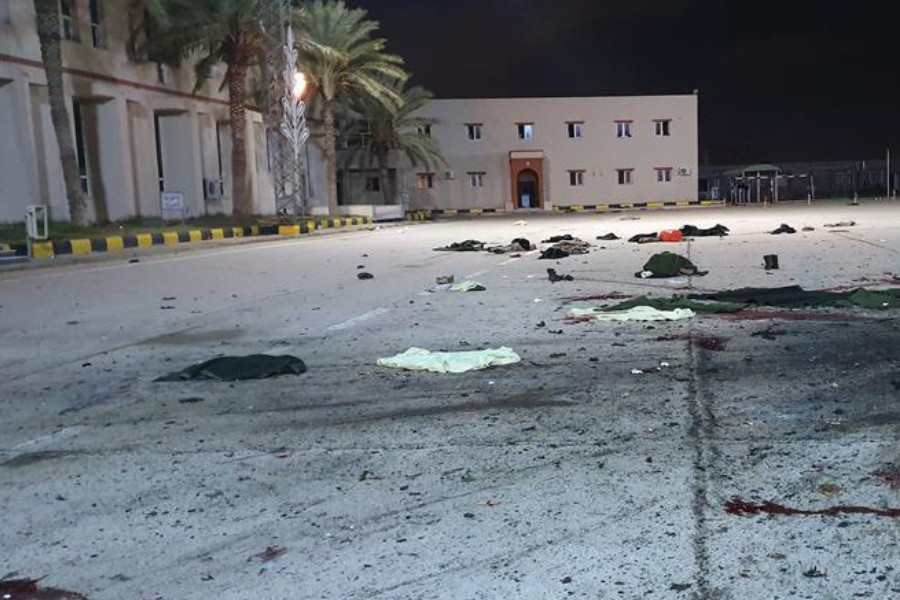 Photo taken on Jan. 4, 2020 shows the military academy hit by an airstrike in Tripoli, Libya. (Photo by Hamza Turkia/Xinhua)

An airstrike hit a military academy in the Libyan capital Tripoli late on Saturday, killing 28 students and injuring 18 others.

"Initial casualties indicate that 28 students of the military academy were killed and 18 others were injured as a result of an airstrike by foreign air force supporting the war criminal Haftar (commander of eastern-based army)," the UN-backed government's forces said in a statement.

The UN-backed government's forces posted photos on their official Facebook page showing bodies and injured students, as well as ambulances rushing to the academy's headquarters in Tripoli.

The eastern-based army has not committed on the airstrike so far, Xinhua reports.

The eastern-based army, led by General Khalifa Haftar, has been leading a military campaign in and around Tripoli since early April, trying to take over the city and topple the UN-backed government.

Thousands have been killed and injured in the fighting, and more than 120,000 people fled their homes from the violence.