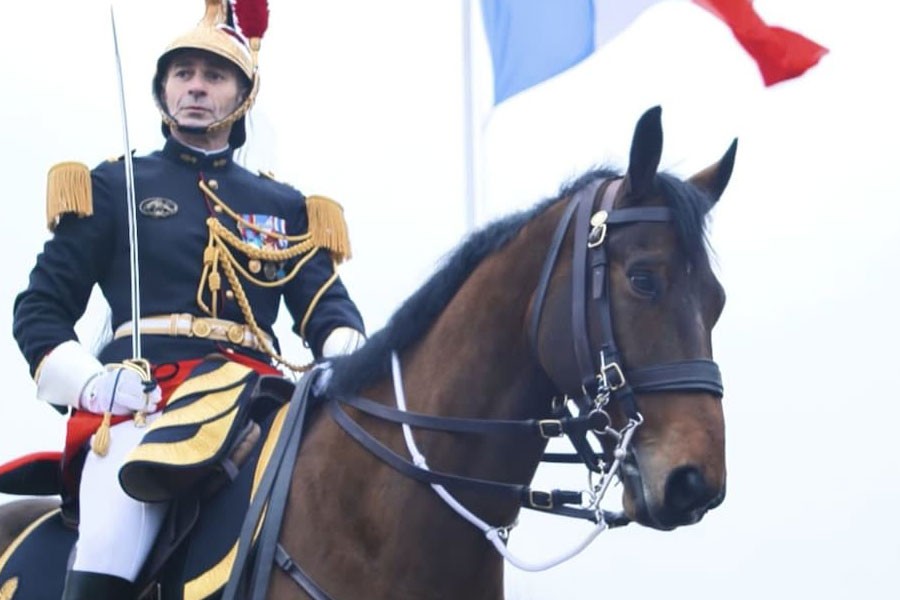 President Emmanuel Macron of France has responded to China's "panda diplomacy" by offering counterpart Xi Jinping a horse of the elite Republic Guard.

The offer of Vesuvius, an eight-year old brown gelding from the presidential cavalry corps, came as Mr Macron embarked on a three-day visit to China with his wife Brigitte.

The French First Lady in November became the godmother of a baby panda lent by Beijing to a zoo near Paris.

The choice of the horse was an "unprecedented diplomatic gesture" according to the French presidency; it came after the Chinese president heaped praise on the 104 horsemen who escorted him during his last visit to Paris in 2014.

France has become accustomed to its young new leader's attention to symbols and historical references.

He wowed US president Donald Trump by inviting him to attend France's Bastille Day military parade down the Champs-Elysées last July to celebrate the 100th anniversary of the US entry into World War One.

Before that, Russia's president Vladimir Putin was treated to the pomp of Versailles, the palace of Sun King Louis XIV.

Xing Hua, vice president of the China Institute of International Studies in Beijing, told The Telegraph there was nothing "strange" about the gift.