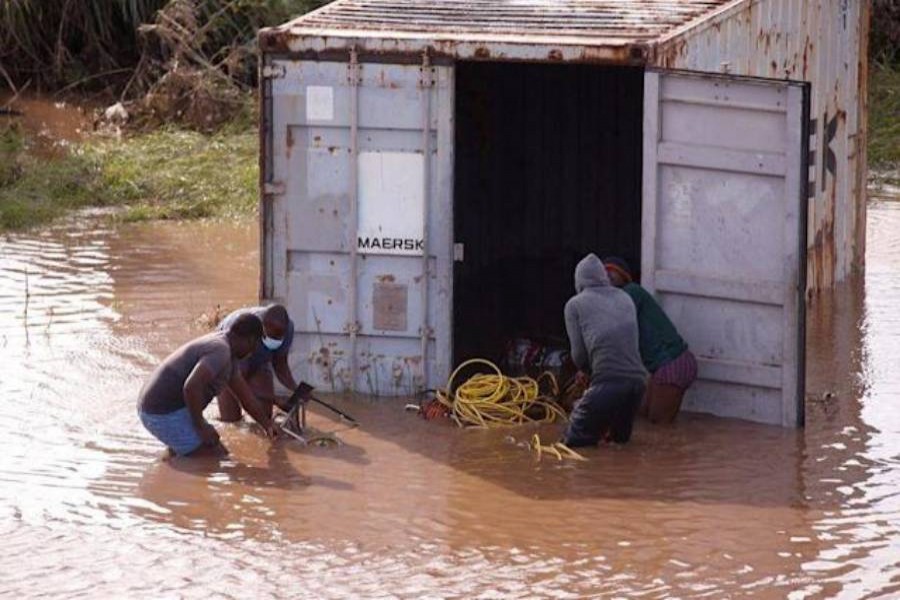 South African authorities were releasing emergency funds on Friday to help tens of thousands of people left without shelter, water and power, after flash floods washed away homes and roads and killed almost 400 people on the country's east coast.

The floods in Kwazulu-Natal Province have knocked out power lines, shut down water services and disrupted operations at one of Africa's busiest ports. The death toll rose to 395 on Friday from an earlier estimate of 341, state broadcaster SABC said.

Finance Minister Enoch Godongwana told TV station Newsroom Afrika that an initial one billion rand ($68.3 million) for emergency relief was available for immediate use, after the province was declared a disaster area. Local authorities have estimated the damage at several billion rand, reports Reuters.

"We are still at an emergency relief stage. There is a need for speed in this matter," Godongwana said. "The second phase is going to be a recovery and repair."

Local TV stations showed volunteers clearing plastic containers, piles of bamboo and driftwood from Durban beachfront. On other beaches, a Reuters witness said holidaymakers were taking advantage of a lull before the rains were due to resume later on Friday.

More than 40,000 people have been affected by the disaster, authorities say.

Scientists believe the southeastern coast of Africa is becoming more vulnerable to violent storms and floods as human emissions of heat-trapping gases cause the Indian Ocean to warm. They expect the trend to worsen dramatically in coming decades.

Local climate campaigners are calling for greater investment to help communities better prepare for weather shocks. Ministers were arriving in Durban on Friday to assess the damage.

At a silent procession in Durban to mark the start of the Easter weekend, Christian worshippers laid flowers on a cross.

"There are so many reasons to lose hope at this time," Raymond Perry, a director of Christian charity The Dennis Hurley Centre. "The Christian message is: even in the face of despair there is hope."