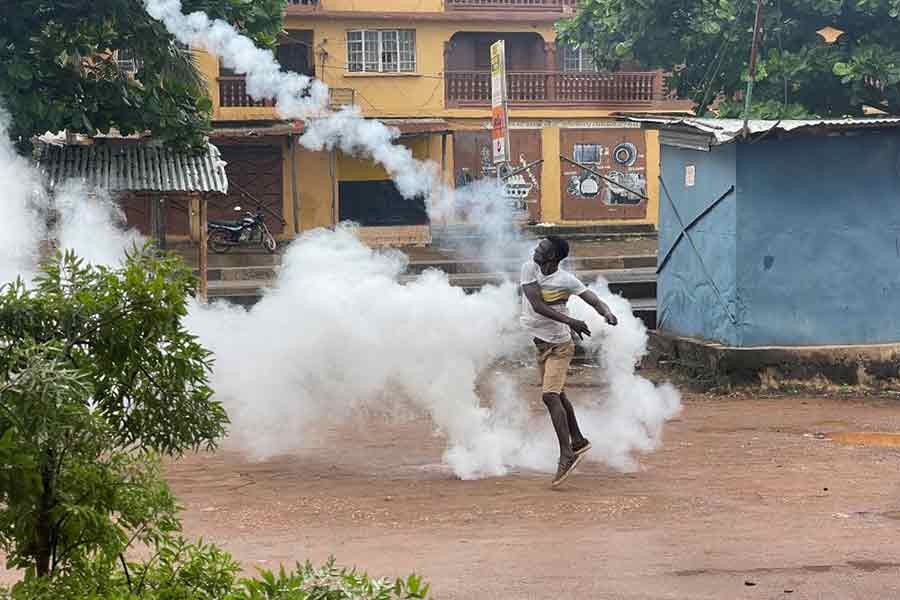 According to Reuters, six police officers and at least 21 civilians were killed as hundreds took to the streets in frustration at economic hardship and a perceived failure by the government to cushion the impact of rising prices.

BBC says about 130 people have been arrested in the demonstrations in the capital, Freetown, and in the opposition's northern stronghold over the high cost of living, corruption and police brutality.

President Bio, who had travelled out of the country, has returned and told BBC Focus on Africa that the protests had a political motive.

"Of course what happened [on Wednesday] was definitely not a protest, it was terrorism at the highest. We have a few Sierra Leoneans who live in the diaspora who have threatened to unleash terror in Sierra Leone," he said.

"There is politics underneath all that is happening and you can't take that away," he added.

Calm has returned to Freetown, the president said, and security forces have been deployed to make sure that there is no further deterioration in the situation.

He acknowledged that there were underlying concerns affecting citizens.

"Definitely there is a hardship. Most of the youth are unemployed. We do sympathise with their situation and as a government, we have done quite a lot to address that situation," he said.