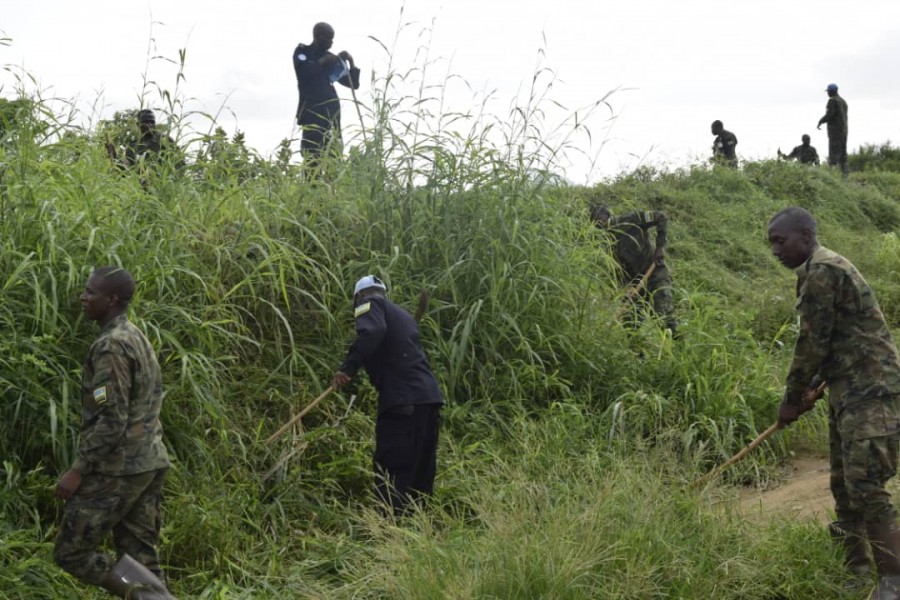 Rwandan security forces have killed 19 people who were part of a group that carried out a deadly attack in a tourist hub in the north of the country on Friday, a police spokesman said.

The assailants, who mostly carried traditional weapons like knives, attacked the Kinigi sector in Musanze district, where the Volcanoes National Park offers tourists the chance to view endangered mountain gorillas.

In a statement on Sunday, police spokesman John Bosco Kabera said security personnel pursuing the attackers had killed 19 of them and also that the death toll from the assault had risen to 14.

“During the act of hunting down those criminals, security organisations have killed 19 people and five others have been captured,” he said, adding that the hunt for the perpetrators was still ongoing.

“The situation has been contained and we thank residents and local officials for collaboration with security organisations.”

Authorities have not said whether any tourists were among those killed in the attack, nor where the attackers came from, Reuters reported.

Rwanda has in the past seen incursions by fighters from the rebel FDLR force from their bases in eastern Democratic Republic of Congo.

The FDLR is composed of former Rwandan soldiers and Hutu militias who fled after taking part in the 1994 genocide in Rwanda.