Rare protests in Egypt after online call for dissent 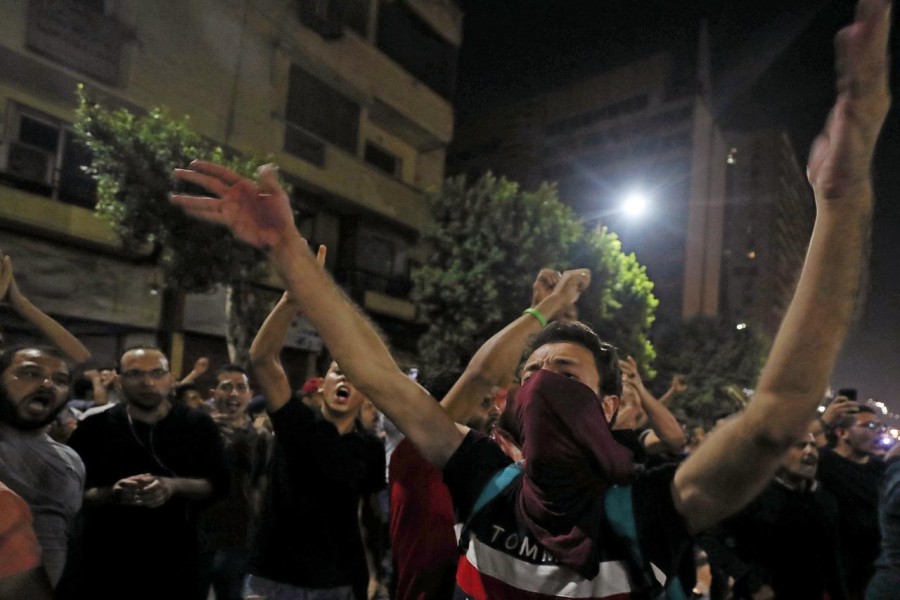 Hundreds protested in central Cairo and several other Egyptian cities late on Friday against President Abdel Fattah al-Sisi, responding to an online call for a demonstration against government corruption, witnesses said.

Protests have become very rare in Egypt following a broad crackdown on dissent under Sisi, who took power after the overthrow of the former Islamist president Mohamed Mursi in 2013 following mass protests against his rule.

Security forces moved to disperse the small and scattered crowds in Cairo using tear gas but many young people stayed on the streets in the center of the capital, shouting “Leave Sisi,” Reuters reporters at the scene said.

Police arrested some of the demonstrators, witnesses said.

Small protests were also held in Alexandria on the Mediterranean coast, Suez on the Red Sea as well as the Nile Delta textile town of Mahalla el-Kubra, about 110 km (68 miles) north of Cairo, according to residents and videos posted online.

There was a heavy security presence in downtown Cairo and on Tahrir Square where mass protests started in 2011 which toppled veteran ruler Hosni Mubarak, Reuters reported.

Authorities could not be immediately reached to comment. State TV did not cover the incidents.

A pro-government TV anchor said only a small group of protesters had gathered in central Cairo to take videos and selfies before leaving the scene. Another pro-government channel said the situation around the Tahrir Square was quiet.

Mohamed Ali, a building contractor and actor turned political activist who lives in Spain, called in a series of videos for the protest after accusing Sisi and the military of corruption.

Last Saturday, Sisi dismissed the claims as “lies and slander”.

Sisi was first elected in 2014 with 97 per cent of the vote, and re-elected four years later with the same percentage, in a vote in which the only other candidate was an ardent Sisi supporter. His popularity has been dented by economic austerity measures.

Sisi’s supporters say dissent must be quashed to stabilise Egypt, after a 2011 uprising and the unrest that followed, including an Islamist insurgency in the Sinai Peninsula that has killed hundreds of police, soldiers and civilians.

They also credit him with economic reforms agreed with the International Monetary Fund.