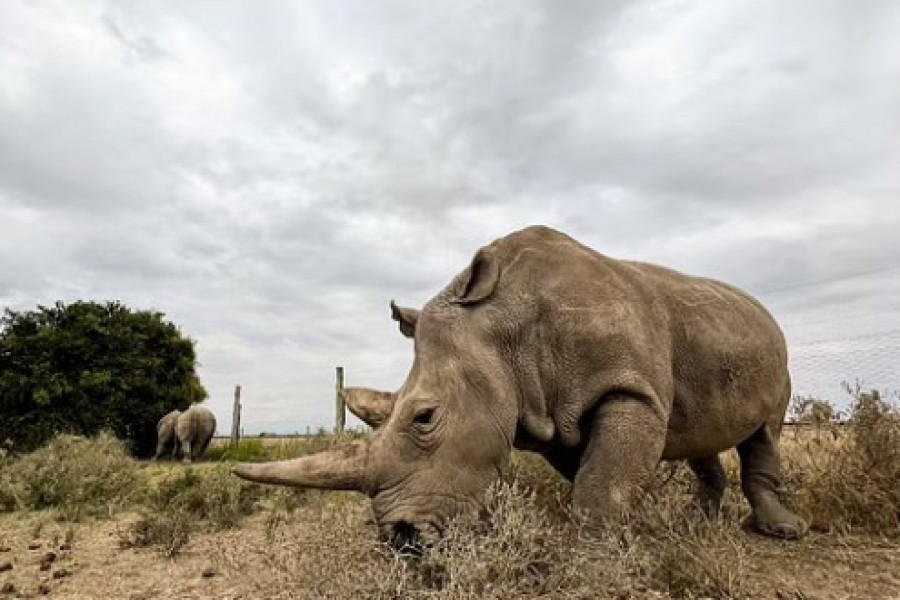 Najin, one of the last two northern white rhino females, stands at her enclosure at the Ol Pejeta Conservancy, Nanyuki, Kenya, Jul 29, 2022. REUTERS

South Africa has seen an increase in the number of rhinos illegally killed for their horns in the first half of 2022, as poachers shifted to hunting in private parks, the country's environment ministry said on Monday, reports Reuters.

Ten more rhinos were poached countrywide than in the first half of last year, taking the total to 259. Poaching in South Africa had already risen last year after a fall in 2020 linked to COVID-19 restrictions.

South Africa accounts for about half of the total endangered black rhino population on the African continent and is also home to the world's largest population of white rhinos, whose status is "near-threatened" rather than endangered.

Conservation efforts and vigilance have increased in the world-famous Kruger National Park, leading poachers to shift to hunting in private parks and the KwaZulu-Natal province, data from the ministry showed.

"Recent trends in rhino poaching show a move away from the Kruger Park to private reserves and KwaZulu-Natal, where the majority of rhinos have been killed this year," Environment Minister Barbara Creecy said in a statement.

South Africa-born cricket star and rhino conservationist Kevin Pietersen said it was "catastrophic" to see the decline in numbers.

The former captain of the England national cricket team founded the charity SORAI or Save our Rhino Africa/India, which rescues abandoned, injured or orphaned rhinos.

Rhino poaching often involves both local poachers and international criminal syndicates, who smuggle the horns across borders. The ministry said demand is particularly high in Asia.