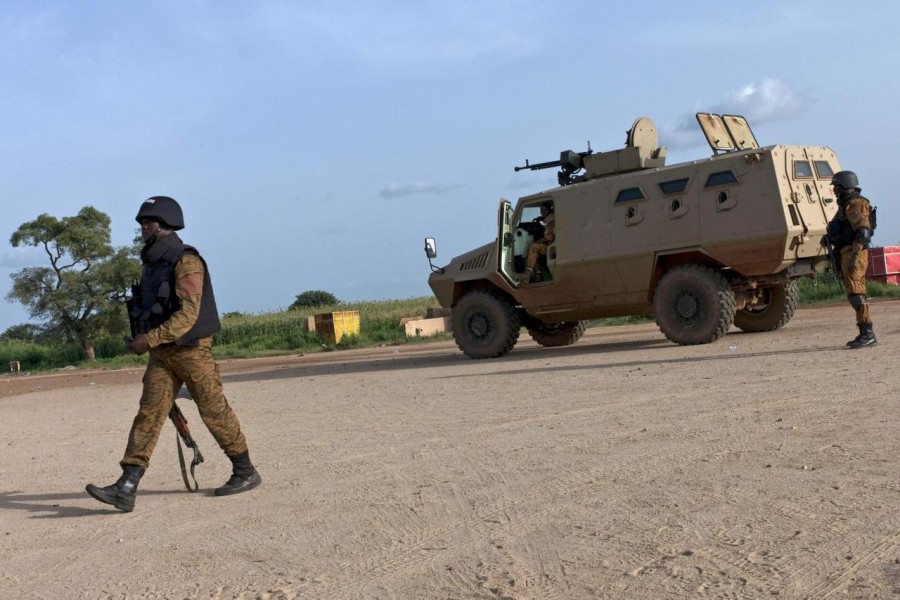 Four soldiers and one police officer have been killed in two attacks on military outposts in northern Burkina Faso, the Burkinabe army said on Saturday.

Raids by Islamist militants as well as clashes between herding and farming communities have surged this year, killing hundreds of civilians and soldiers.

In the early hours of Saturday, the unidentified assailants attacked a military position in the town of Bahn and another in the village of Yense, the army said in a statement.

The attacks happened “almost at the same moment,” it said.

The troops were able to retain control of their posts and repel the attackers, Reuters reported citing the statement.

Once a pocket of relative calm in the Sahel, a semi-arid belt beneath the Sahara, Burkina has suffered a homegrown insurgency for the past three years, which has been amplified by a spillover of jihadist violence from its chaotic neighbor Mali.