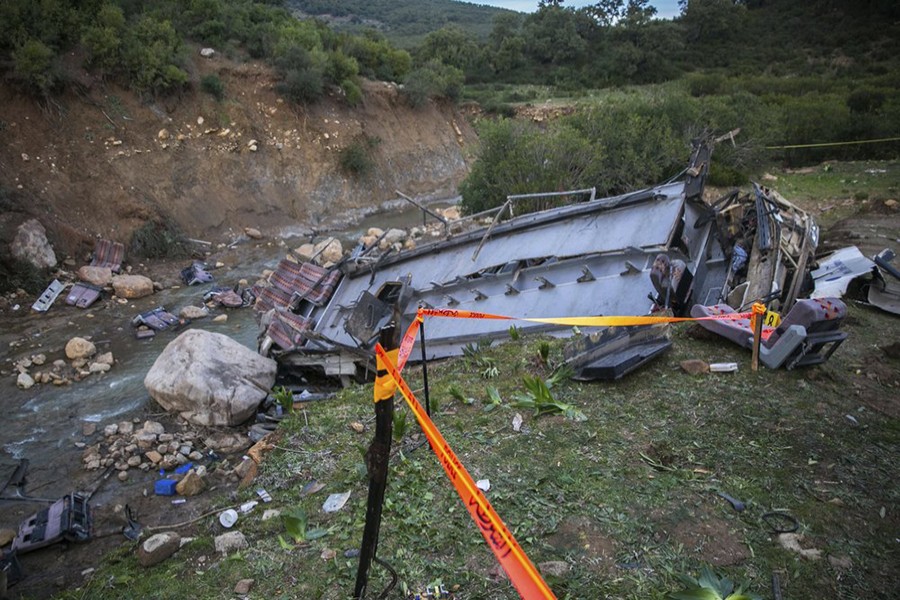 The debris of a regional bus that crashed off a hill are pictured on Sunday, December 1, 2019, causing the death of at least 24 passengers who were on an excursion in the Amdoun region, northern Tunisia — AP photo

At least 24 Tunisians were killed on Sunday after a bus crashed during an excursion in the northern town of Amdoun, the health ministry said.

The bus veered off a winding road when the driver failed to negotiate a sharp turn and crashed to the bottom of a ravine, the interior ministry said.

President Kais Saied and Prime Minister Youssef Chahed attended the crash site in the northwestern region of Tunisia, which attracts large numbers of visitors but has poor infrastructure.