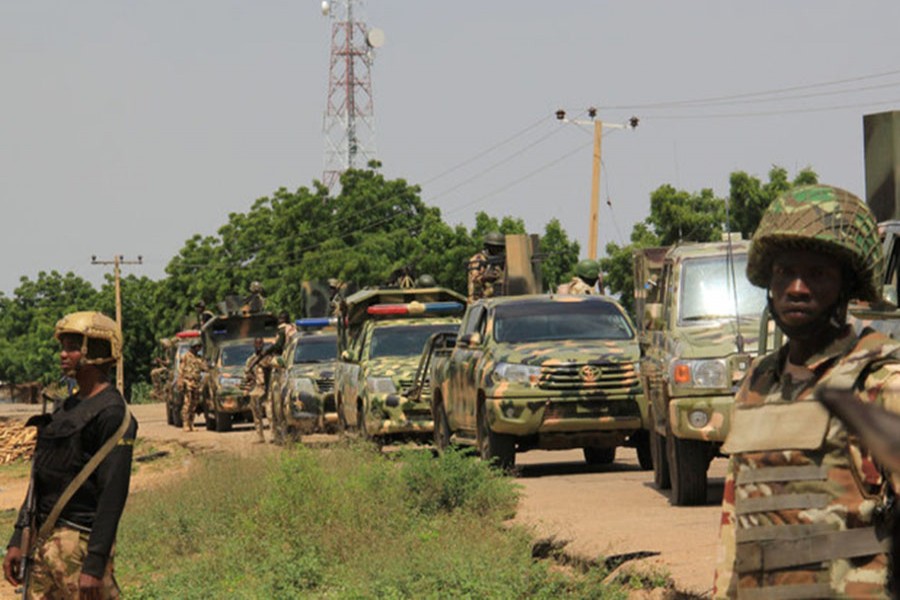 At least 17 members of the Islamic State West Africa Province (ISWAP) and Boko Haram groups were killed following an operation by troops in Nigeria's northeast region, the army said on Monday.

Three other Boko Haram/ISWAP militants were arrested on Sunday as the troops raided the town of Damasak in the Mobbar local government area of the northern state of Borno, said Christopher Musa, the army commander in that part of the country, reports Xinhua.

Musa told reporters in Maiduguri, the state capital of Borno that the troops had engaged the militants in a long gunfight as they attempted to flee through the confluence of the Yobe River and Komadugu Gana River, connecting the border with the Niger Republic.

The troops also recovered motorcycles and other assorted weapons from the encounter, the army commander said, explaining that the militants withdrew from the gunfight due to the superior firepower of the troops.

According to him, the troops were supported by the air force.

The leadership of the army has charged the troops to be more decisive and "ensure the total annihilation of the insurgents," he added.

Boko Haram has been trying to establish an Islamist state in northeastern Nigeria since 2009. The group has also extended its attacks to other countries in the Lake Chad Basin.