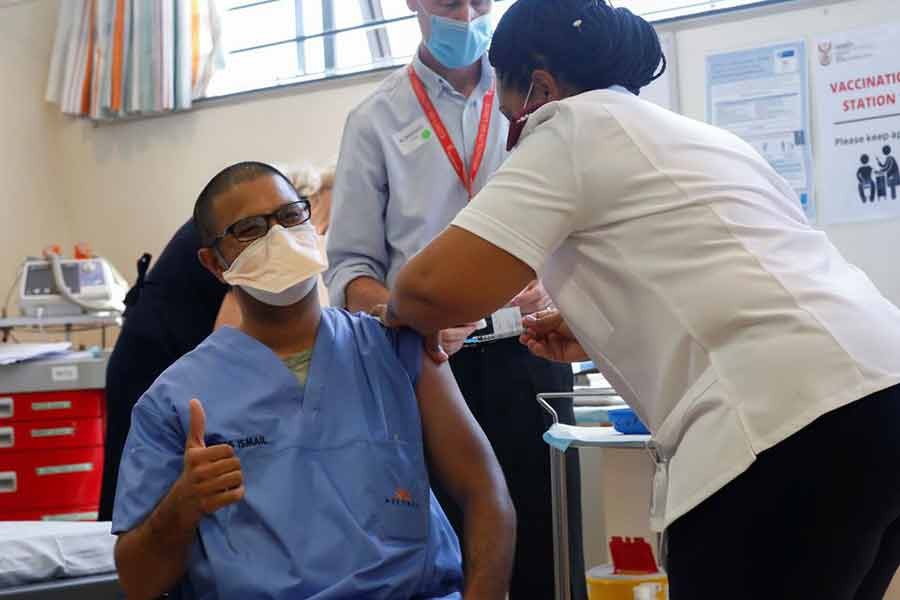 Africa needs to make its own vaccines to avoid a repeat of its supply problems in the COVID-19 pandemic but faces big obstacles in turning itself from a pharmaceutical testing ground into a place where vaccines are created, experts said on Tuesday.

The Partnership for African Vaccine Manufacturing (PAVM) has set as a target that 60% of the continent's routine vaccine needs, or between 1.4 and 1.7 billion doses yearly, should be met by local manufacturing by 2040, up from about 1 per cent now, reports Reuters.

Experts meeting at a PAVM conference in Rwanda said the pandemic had shown Africa urgently needed to tackle its dependence on imported vaccines. But they outlined daunting obstacles, from brain drain to power shortages.

Martin Friede, coordinator of the World Health Organisation Initiative for Vaccine Research, said Africa had produced many scientific researchers but not a workforce capable of designing and making vaccines.

He urged the continent's political and scientific leaders to focus on changing that skillset, drawing a contrast with Africa's customary role in pharmaceuticals.

"Right now, Africa is a test tube for many pharmaceutical companies. This is where we bring products to test them," he said.

Charles Gore, head of the United Nations-backed Medicines Patent Pool which seeks to boost drugmaking in developing countries, said seeking licences from pharmaceutical firms elsewhere was not a sustainable solution for Africa as it had few incentives to offer those firms.

"Simply having the development done in the developed world and always transferring it is not an answer to this," he said.

Gore also cautioned against launching too many separate initiatives across the continent that would risk yielding only "white elephants", instead urging governments, companies and research hubs to collaborate to create complementary capacities.

Speakers from large drugmakers and from bodies that provide funding stressed the high costs of research, development and production, urging African countries to pool demand in order to incentivise investors with scale and long-term visibility.

He cited water shortages in South Africa that affected its local partner the Biovac Institute, which has a "fill and finish" deal to make the Pfizer-BioNTech COVID vaccine, as an example of Africa's crippling infrastructure problems.

He mentioned a lack of regulatory capacity as an obstacle, saying only two national regulators in Africa had achieved WHO maturity level three, a prerequisite to vetting local vaccines.

The PAVM, which is backed by the African Union and brings together experts from across the continent, is working on a wide-ranging strategy to address the various challenges.