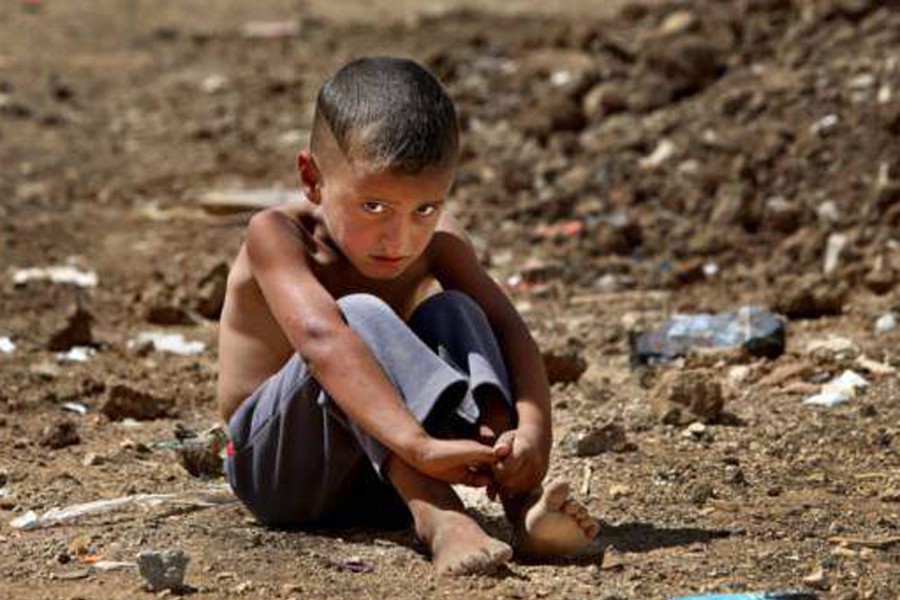 More than 8,000 children were killed and injured in conflicts last year from Syria and Yemen to Congo and Afghanistan, Secretary-General Antonio Guterres said Thursday.

The United Nations verified 3,512 child casualties in Afghanistan, over 40 per cent of the total and "the highest number ever recorded" in the country, the UN chief said in his annual report.

The secretary-general said there were 1,340 verified child casualties in Yemen - over 50 per cent of the deaths and injuries caused by the US-backed coalition, reports AP.

Guterres said the recruitment and use of children in conflict more than doubled in Somalia and Syria compared with 2015.

The UN verified 169 incidents affecting at least 1,022 youngsters in South Sudan - over 60 per cent of them recruited and used by government security forces, he said.

The secretary-general said the number of violations against children committed by extremist groups - al-Shabab, Boko Haram, the Islamic State and the Taliban - totalled more than 6,800.

UN spokesman Stephane Dujarric said in a statement that Guterres is "appalled" not only by the more than 8,000 youngsters killed and injured and the recruitment of children but by sexual violence against girls and boys and attacks on schools and hospitals.

The report contains a blacklist of government forces and rebel groups that recruit, use, kill, maim, rape, sexually abuse or abduct children in armed conflict or attack schools and hospitals.

The UN chief urged combatants to do more to protect boys and girls.

Guterres put the coalition on this year's list of parties that are taking action to protect children - a decision welcomed Thursday by Human Rights Watch, Save the Children and the Watchlist on Children and Armed Conflict.