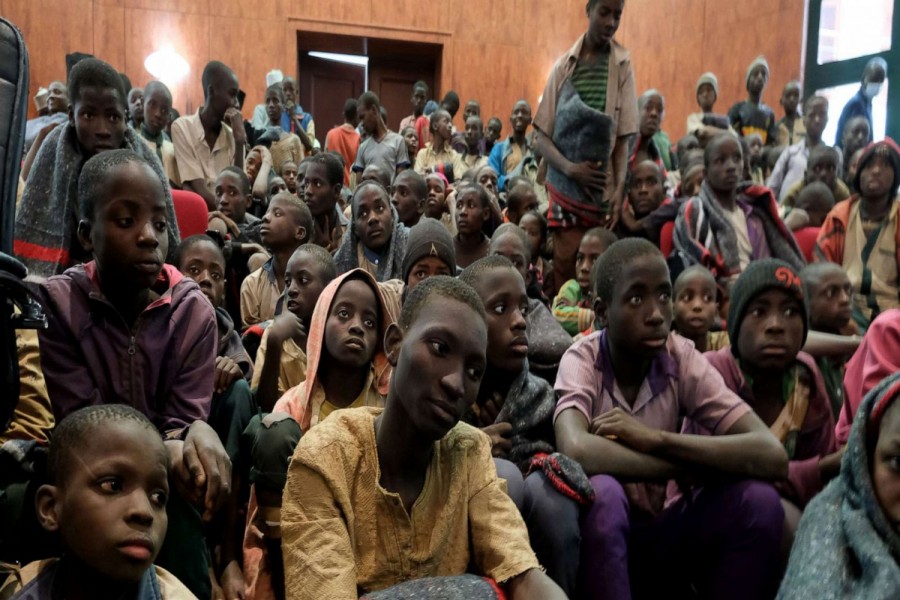 Some 70 kidnapped people have regained their freedom after being held for over a month by unidentified gunmen who abducted them in recent attacks in the country's northwestern state of Kaduna, a religious leader said on Saturday.

At a press conference on Saturday in the city of Kaduna, the state capital, John Hayab, chairman of the Christian Association of Nigeria (CAN) Kaduna branch, told reporters the 70 released people included 61 worshippers who were kidnapped by gunmen from a baptist church in Chikun local government area of the state on October 31 during church service, reports Xinhua.

Nine other victims kidnapped by the same group of gunmen in another attack in October were also released alongside the 61 worshippers on Friday evening, Hayab said.

"Of course, the ransom was paid, but the traditional rulers showed leadership," he said, without revealing the amount of ransom paid.

There have been a series of attacks by gunmen commonly called "bandits" in Nigeria in recent months, leading to deaths and kidnappings.