35 killed in stampede at Soleimani's funeral in Iran 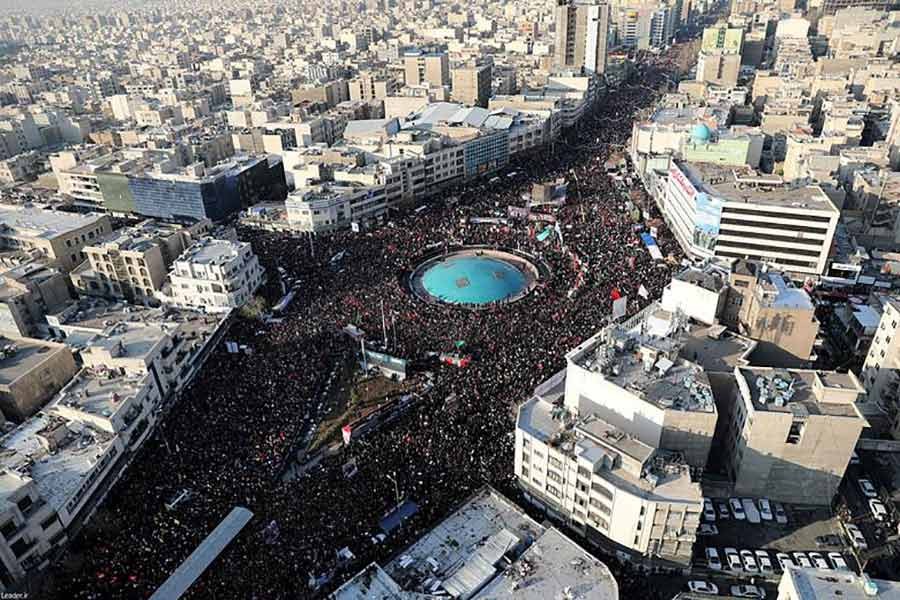 People attend a funeral procession for Iranian Major-General Qassem Soleimani, head of the elite Quds Force, and Iraqi militia commander Abu Mahdi al-Muhandis, who were killed in an air strike at Baghdad airport, in Tehran, Iran on Monday. -Reuters Photo

At least 35 people were killed in a stampede that erupted in the Iranian city of Kerman at the funeral procession for Iran's top commander Qassem Soleimani killed in a recent US air strike.

Hundreds of thousands of people had gathered in Kerman for the burial of Soleimani, the head of Iran's elite Quds Force, who was assassinated on Friday near the international airport of Iraq's capital, Baghdad.

Initial videos posted online showed people lying lifeless on a road, others shouting and trying to help them.

"Unfortunately as a result of the stampede, some of our compatriots have been injured and some have been killed during the funeral processions," he said.

A procession in Tehran a day earlier drew over one million people, crowding both main thoroughfares and side streets. It saw Supreme Leader Ayatollah Ali Khamenei weep openly as he led funeral prayers in front of Tehran University.

The outpouring of grief was an unprecedented honor for a man viewed by Iranians as a national hero for his work leading the Guard’s elite Quds Force.