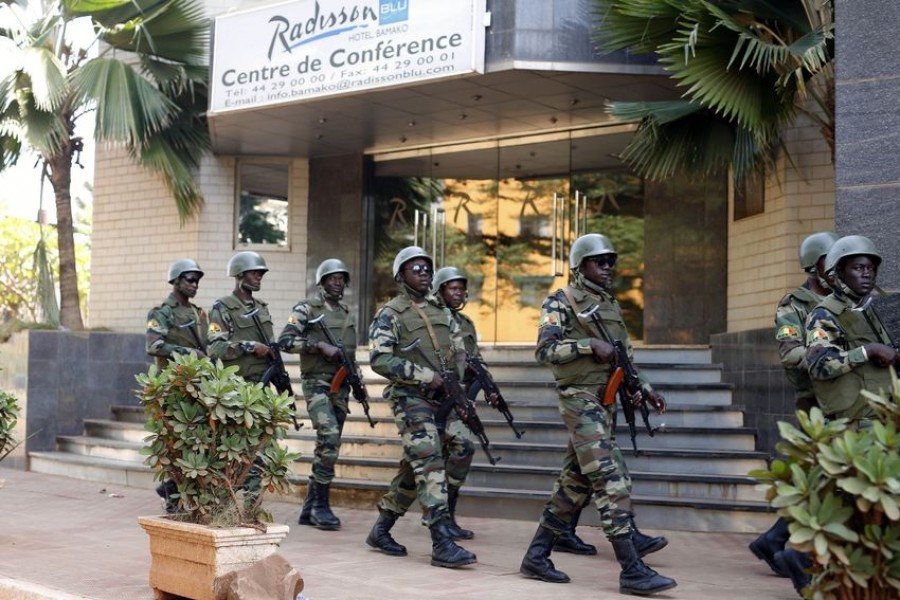 Twenty-four soldiers have been killed in an attack by militants in eastern Mali, the country's army has said.

Another 29 were also injured during a joint operation between troops from Mali and Niger in the Gao border region.

Mali's army said 17 "terrorists" were killed and 100 suspects were being held in Tiloa, in Niger.

It comes weeks after 54 troops were killed in another attack - one of the deadliest in the past decade.

Details of Monday's attack are unclear, and authorities have not identified what group the assailants belonged to.

In its Twitter account, the Malian army posted images several burned-out motorcycles, and said 70 were destroyed during the incident.

However security forces have been struggling to contain the threat from Islamist groups, some of which are linked to the so-called Islamic State or al-Qaeda. In recent months, Mali's military has abandoned several outposts.

Islamist violence has also spread to other countries in the region, fuelled by ethnic tensions.

According to the UN, more than 1,500 civilians have been killed in Mali and Burkina Faso since January, with millions more in need of humanitarian assistance.

A 15,00-strong UN peacekeeping force is currently stationed in Mali.

The country is also a member of the G5 Sahel, a counter-insurgency force comprised of troops from Mauritania, Mali, Niger, Burkina Faso and Chad.

However efforts by the G5 have been hampered by insufficient funding, training and equipment.

West African leaders have pledged $1bn (£805m) over the next five years to combat Islamist militancy in the region. French President Emmanuel Macron has also said more military resources will be sent to Mali from 2020.