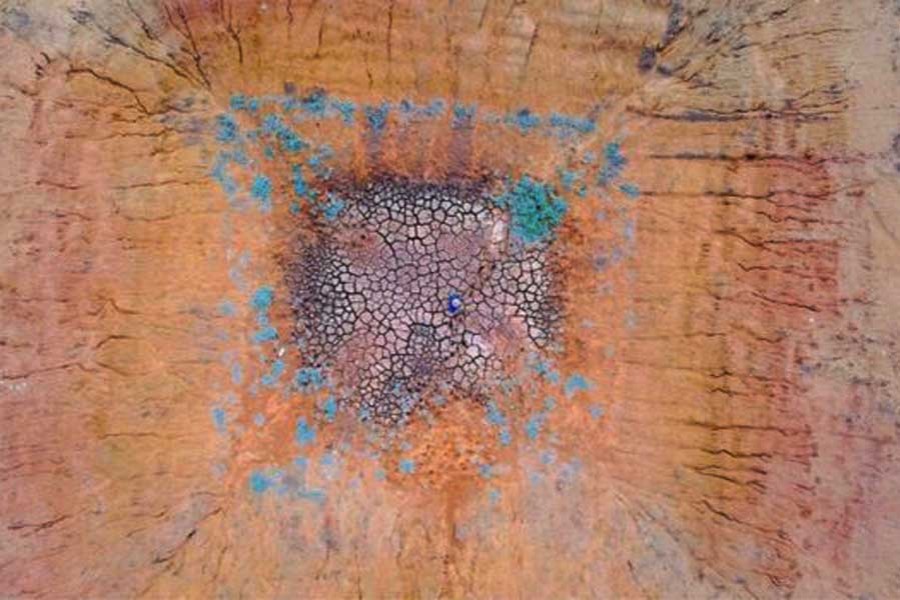 Crippled with drought and ravaged by fire, it's no surprise that 2019 will go down as Australia's warmest and driest year on record.

The official figures in the Annual Climate Statement released by the Bureau of Meteorology (BoM) on Thursday showed Australia's average mean temperature in 2019 was 1.52 degrees Celsius above average, while the national average rainfall total fell to just 277 mm.

"2019 was consistently warm, but it was book-ended by periods of extreme heat," BoM head of climate monitoring Karl Braganza said.

"January last year was the warmest month Australia has ever recorded, while just a few weeks ago in December, we saw the Australia-wide record hottest daily average maximum temperature broken multiple days in a row."

"At the same time, rainfall deficiencies across large parts of eastern Australia have continued to increase, unfortunately exacerbating both drought conditions and the current bushfires."

With consistent record-keeping beginning in 1900, Braganza explained that Australia's extreme weather in 2019 was being driven by a range of factors.

"Most of this year, Australia's climate has been dominated by a very strong positive Indian Ocean Dipole, which acted to both warm and dry Australia's landscape, particularly from around the middle of the year," he said.

"We also saw the influence of a rare Sudden Stratospheric Warming event high above the south pole, which acted to push our weather systems northward and compound the warmer and drier than average conditions over southern Queensland and New South Wales during spring, amplifying the fire weather.

"The other key factor at play is that Australia's climate has warmed by more than a degree since 1910, which means very warm years like 2019 are now more likely to occur."

But as well as bushfires and extreme heat, in some parts of Australia there was another danger -- flooding.

"In January and February, we saw exceptional rainfall have a major impact on communities in northern Queensland, particularly around Townsville," Braganza said.

"The flood waters were so significant they eventually made their way to South Australia, where we saw one of the largest fillings of Kati Thanda-Lake Eyre in many years."

When it comes to the forecast for 2020, Braganza said unfortunately the outlook is not indicating a widespread return to wetter-than-average conditions over drought and fire affected parts of eastern Australia.

"But with the likely return of the monsoon by mid-January for northern Australia, it raises the chances that we could see some periods of higher rainfall move south in the coming months," he said.

"It's important the community remains vigilant to the risk of more heat and fire days this summer, particularly given how dry the country has been over the past 12 months."