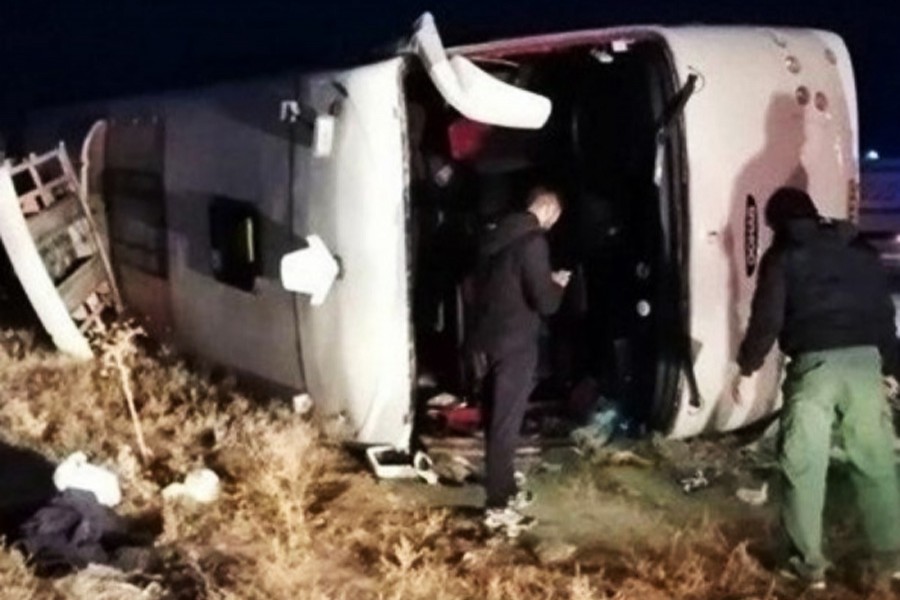 At least 19 people were killed and 24 others injured as a passenger bus plunged into a ravine in north of Iran on Thursday, official IRNA news agency reported.

The injured were taken to the emergency medical services by the rescue operators, but some of them are in critical condition, according to the report.

Technical failure of the bus was the cause of accident, IRNA said.

Official figures show more than 20,000 people die and two million others are wounded in traffic accidents per year in Iran. Inexperienced drivers, inefficient cars and risky roads are blamed for causing the casualties.