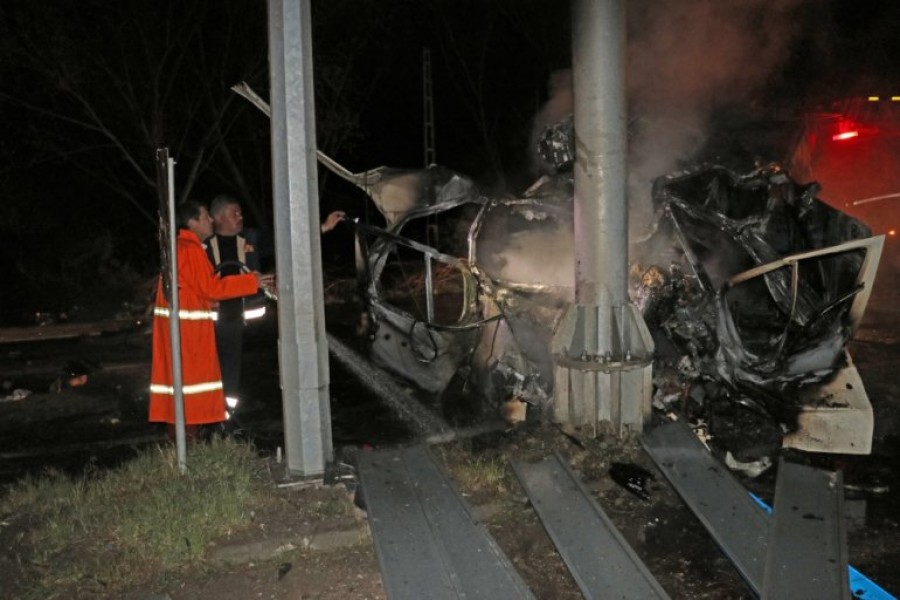 Firefighters try to extinguish fire of a wreckage of a minibus, carrying migrants, after it crashed into a light pole and caught fire in Igdir, Turkey on Friday - Anadolu Agency photo

The bus, designed to carry 14 people, was carrying more than 50 foreign nationals when it hit a lamp post and caught fire after the driver lost control in the eastern province of Igdir, Anadolu said.

A second truck, also carrying migrants, was following close behind and hit some of those that fell out of the first bus, Anadolu said.

Authorities detained the 13 people in the second truck along with its driver, it said.

“It saddened us that migrant smuggling, which occurs frequently in our province, ended with a traffic accident,” Igdir governor Enver Unlu was quoted by Anadolu as saying.

Hundreds of thousands of refugees from Syria and other countries have crossed to Greece and further into Europe via Turkey in recent years. Hundreds have died in the attempt.