16 inmates killed in latest bout of prison riot in Honduras 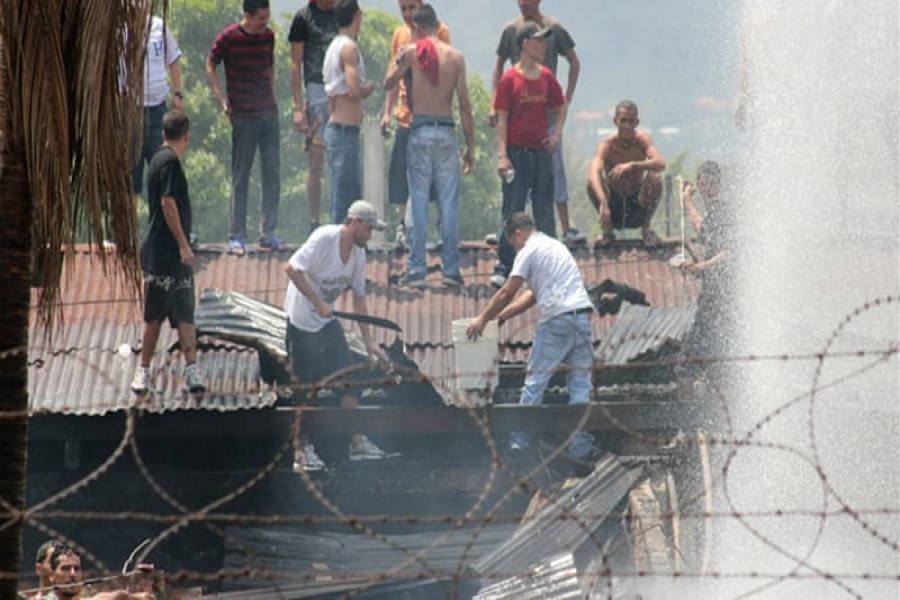 At least 16 Honduran inmates were killed during a fight between armed gangs of prisoners on Sunday, officials said, the second outbreak of violence to hit Honduras’ beleaguered jails in the past few days.

The deaths took place in Honduras’ El Porvenir penitentiary, about 43 miles (70 km) east of the capital Tegucigalpa, and follow an incident in which 18 inmates were killed during a fight between gangs at a prison in the northern port city of Tela.

Fights in the Central American country’s overcrowded jails are common as street gangs known as maras compete for control of them, reports Reuters.

Last week, the government declared a state of emergency in the prison system, transferring control to military and police forces in an effort to combat the surge in violence plaguing penal institutions that house nearly 22,000 inmates.

The preliminary death count from Sunday’s prison gang fight stands at 16 plus another two inmates injured, according to Colonel Jose Gonzalez, a senior penal system official.

“The dead and wounded were attacked with bullets and sharp weapons,” said Lieutenant Antonio Coello, a security spokesman.

Since October, there have been at least five shootouts in Honduran prisons.